The news of Rillee Rossouw was sudden and Cricket South Africa (CSA) as well as coach Russell Domingo were bitterly disappointed.'

After South Africa claimed series victory by 2-0 on Thursday, the Proteas dugout got the expected shock as two of their rising stars decided to give up international cricket. Batsman Rilee Rossouw and seamer Kyle Abbott ended their international career. Both the players signed Kolpak deal with Hampshire for three years. The news of Rossouw was sudden and Cricket South Africa (CSA) as well as coach Russell Domingo were bitterly disappointed.’ Following Rossouw’s decision, CSA said it was in the process of terminating his contract and that he would not be considered “for any future national selection.” On Tuesday, reports started making rounds on Abbott signing Kolpak deal for three years, of which CSA had no clue about.

The board had tried their best to ask Abbott continue playing for South Africa through his manager Weber van Wyk, but it was learned that they have been unable to convince him to stay. At the age of 29, the recently concluded Newlands Test was Abbott s final. Abbott s CSA contract was expiring in April 2017. Speaking to ESPNcricinfo.com after the series a rather broken Abbott said, I have signed a Kolpak agreement. It is one of the hardest decisions I have had to make in my life. There have been a few evenings where I have gone to sleep wondering if I made the right decision and woken up in the morning knowing I have. The last few months [since I made the decision] it’s about playing with weight off my shoulders. In the last few months, I have never felt far away from being dropped. I’ve now played thinking if I do it doesn’t matter. I am really enjoying it. If I wasn’t committed to South African cricket, I would have done this a long time ago.

He further added, February would be four years since my international debut. Ever since I played in South Africa, at every level, there has always been a quota system. I have never used it as an excuse and I won’t now. I need to pay bills, I need to buy groceries.

Rossouw also spoke about his sudden decision and said, Deciding to leave South Africa is something I have thought long and hard about and moving to England will give me and my family the long-term career security that I believe is important at this stage of my life,” Rossouw said in a statement. “I have loved representing the Proteas and will watch from afar with great affection every time they take the field from now on, but I am hugely dedicated to making Hampshire cricket successful on the field. I would like to express my thanks to Cricket South Africa for the opportunity to represent my country and also for the Knights for their continued support.

He concluded saying, The move to England and Hampshire Cricket is one that I can’t wait to get underway. I have come close to playing county cricket a couple of times in the past and it is a challenge most cricketers want to take on at some stage in their careers and I am delighted it is at a county with as strong pedigree as Hampshire.

Abbott hugged every player and also interacted with the fans on the stand after the match. When asked captain Faf du Plessis on Abbott s decision, he said, That was not the way we wanted. It was something that we didn’t expect and it was out of our control. We did get together and spoke to Kyle and tried to change his mind. Kyle had already set up what he wanted to do. Then it was just about me making sure the boys were focused on the job at hand. The boys were brilliant. Even Kyle. He wanted to make sure everything was about the team. I’m a little bit upset that Kyle couldn’t get one or two wickets. Would have liked to see him do well in his last outing.

Du Plessis also addressed other issues the team might face post-Abbott s retirement, It’s a red flag. We have to address it. As the Proteas and as CSA, we need to make sure it doesn’t happen. It is always going to be a challenge. The foreign currency is something that will always be there. It’s too important and too valuable to say that whatever happens, happens and there will be players to fill the gap. That’s not good enough. Opportunity, money, transformation. There are a lot of factors guys will look at as their excuse or as their reason. What Kyle’s is, I am not sure. Every single reason is a concern. He is someone who has not been sure for a period of time. He wants security.

On Abbott not been given the final Test, du Plessis reasoned out, I want him playing for South Africa. He is not going to be part of our team so if he is not going to be part of our team, it s time to move on. I respect his decision but I don’t agree with it. Six months ago, I could have understood it more. Sitting here today, I don’t understand it as well. I am extremely surprised. I care so much about him that I want him to play for South Africa, I want him to do well and perform on the biggest stage on the world because I think he is an amazing cricketer and that’s the place to be. I am disappointed for those reasons.

Following Rossouw’s sudden retirement, CSA chief Haroon Lorgat, “It is a disappointing day not just for South African cricket but also for international cricket as these players have given up their opportunity to be seen in action on the international circuit. From CSA’s perspective it is a loss as we invest immeasurable amounts which include premium time, finance, technical, high-performance coaching followed by development tours and providing general player welfare over a long period of time. By way of example, Rilee has spent a lengthy period on the injury list while we spared no expense in providing him with the best medical support.”

He further mentioned, “Both Rilee and Kyle have been given opportunities over the past year to play at the highest level and were firmly in our plans for the future. We have encouraged Rilee and Kyle to reconsider their decisions but both have indicated that they wish to take up Kolpak contracts. Whilst this is a loss for South African cricket we can only wish them well with their overseas careers. We will continue to invest heavily in our local talent and provide opportunities for those individuals who wish to realise their dream of playing for their country; we will not contract players who do not commit to play for South Africa.”

It is now understood that the selectors will want to provide an opportunity to new blood ahead of their tour to New Zealand and England later this year with Abbott and Rossouw’s exit. Rossouw played 36 ODIs and 15 T20Is for South Africa after making his international debut in August 2014. Rossouw was also part of the squad that played the Australia series that South Africa won by 2-1. However, he was not part of the Sri Lanka series following his foot injury.

At present, Wayne Parnell is part of the South Africa squad as reserve seamer but with possibility of playing four seamers for the Johannesburg Test and Morne Morkel missing out of action due to a shoulder injury, South Africa might call seamer Duanne Olivier in the race. Olivier tops the charts of First-Class wickets. 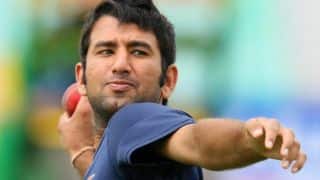 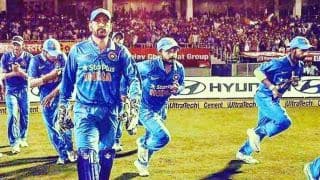