Ruchir Modi was in the past often seen with his father watching many IPL matches in Jaipur.

Former Indian Premier League (IPL) Commissioner Lalit Modi’s son Ruchir has been elected as the President of Rajasthan Cricket Association’s (RCA) Alwar District. His entry into management is similar to what his father did in 2004, when he was elected the President of RCA Nagore district. Six months later, he took over as the President of RCA. Ruchir did visit the RCA office in Jaipur on July 21 and there was speculation of him having a role in cricket administration in some capacity. But his election as chief of the Alwar district of RCA has come as a surprise. Ruchir also bought a land in Alwar to be eligible to be President. READ: Kirsten roped in on Modi’s advice by RCA to train players

He was in the past often seen with his father watching many IPL matches in Jaipur. Ruchir is currently based in Mumbai, after having completed his studies. This could be one of the ways in which RCA can once again have BCCI recognition, which they had lost as after Lalit Modi was accused of corruption within RCA, according to indiatoday.in. READ: Lalit Modi applies for citizenship in St Lucia: Reports

Lalit Modi is currently staying put outside India but India are trying their best to have him extradited, where he can be tried by the Indian courts for all the cases he has been accused in. READ: India strive to obtain Interpol arrest warrant for Lalit Modi

There were reports last month suggesting that former India coach was appointed as RCA academy coach on the request of Lalit  Modi. “It was Modi’s idea to bring Kirsten for a short camp before the start of a tight domestic season. He will have a short 15-days camp with our Ranji Trophy team. He has been the best coach for the Indian team and we all know what he brings with him. He understands Indian players and its culture very well. Having his expertise will certainly be a great boost for our team,” an RCA official said, according to Indian Express. 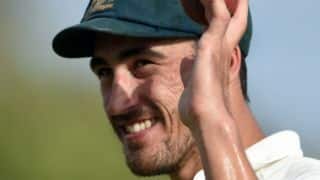