Sri Lanka captain Malinga, who began the series opening first T20I against New Zealand two short of the record, dismissed opener Colin Munro (0) to first draw level with Pakistan allrounder Afridi at 98 and then left him behind at second when he got rid of Grandhomme later in the innings.

The retired Afridi, who is now second on the list, played 99 T20Is and took 98 wickets in them at an average of 24.44 with 4/11 his best figures in a match. Bangladesh allrounder Shakib Al Hasan is at the third spot with 88 wickets in 72 matches.

*at the time of writing

Malinga recently retired from ODIs finishing with 338 wickets in 226 matches, finishing as the 10th highest wicket-taker in the format’s history. He’s third on the list of the most wickets by an Sri Lankan bowler in ODIs after Muttiah Muralitharan (523) and Chaminda Vaas (399). He’s the only player to have three hat-tricks in ODIs. 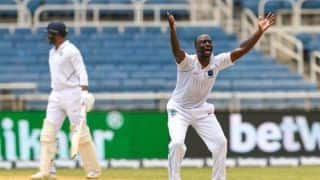 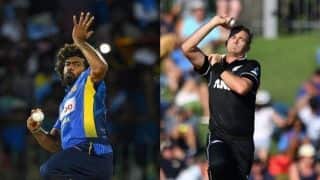