Lasith Malinga played two matches inside 12 hours - a T20 match in India and a domestic 50 over game in Sri Lanka.

Veteran Sri Lanka fast bowler Lasith Malinga, at the age of 35 and in his final year of international cricket, has done what few could have envisioned: play two cricket matches in two different countries in 12 hours, taking a combined ten wickets in the process. (READ: SLC allows Malinga to play for MI in IPL)

On Wednesday, Malinga played for Mumbai Indians in the IPL and then flew home to compete in Sri Lanka’s domestic one-day tournament.

Hopping over the Arabian Sea to land in Sri Lanka, he was jettisoned to Kandy where he took career-best List A figures of 7/49.

To get a sense of how fast Malinga had to move, consider this: the IPL match between Mumbai and Chennai finished minutes before midnight, and yet Malinga managed to take a 1:40am flight to Colombo and then onwards to Kandy, where he touched down at 4:30am. Then he drove to the Pallekele International Stadium and got there by approximately 7am for the 9.45am game between Galle and Kandy. 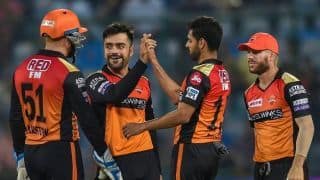 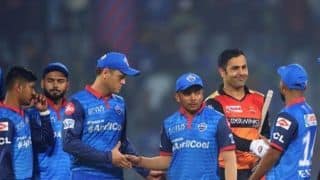 Groundsman said the pitch is our best, it was the worst: Ricky Ponting