Lyon was due to play for Hampshire for a "significant" portion of the County Championship campaign until the on-going health crisis prompted both parties to call off the deal.

Australia spinner Nathan Lyon will not play for English county Hampshire this year after a mutual decision was made to cancel his contract because of the coronavirus chaos. Lyon is third on Australia’s all-time Test wicket-taker list with 390 scalps and his signing was a big coup for Hampshire. But the start of the English domestic season has been postponed until at least May 28 because of the pandemic.

Lyon was due to play for Hampshire for a “significant” portion of the County Championship campaign until the on-going health crisis prompted both parties to call off the deal.

“These are obviously very uncertain and challenging times, and it’s clear the issues cricket currently faces will contribute to the way in which counties are able to operate and prepare for this season,” Giles White, Hampshire’s director of cricket, said on Friday. “As a result of this and following conversations with Nathan and his management, it was mutually agreed that he would no longer join us this season.”

Michael Neser, the Queensland pacer, was another players from Australia to have his County deal terminated due to the COVID-19 pandemic. Neser, who signed up with Surrey at the end of last year’s Ashes called off the deal in consultation with the club and his manager. However, the 30-year-old is hopeful of working out another deal with Surrey next summer.

“My management was speaking with Surrey and they said the season is probably going to get pushed back even further and there’s probably no point in me keeping that contract,” Neser said. “I just thought it was the right thing to do with what’s going around in the world, and I trusted what my management suggested I should do.” 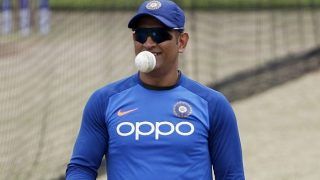