Australia will look upto Glen Maxwell to deliver the goods against Bangladesh.

With only pride to play for Australia will clash against Bangladesh in an inconsequential match of Group 2 of the ICC World T20 2014 in Dhaka on Tuesday.

Australia has lost all three of their matches in the ongoing tournament and had to endure the humiliation of getting thrashed by 73 runs in the previous match against India which all but eliminated them from getting an entry to the semi-finals.

Even Bangladesh have had horrible luck so far in the tournament as akin to Australia even they were outclassed in all three of their group matches and will be looking to play purely for pride against George Bailey’s men.

Shakib-al-Hasan has been the stand-out performer for Bangladesh so far thanks to his collection of 120 runs and 8 wickets throughout the tournament whereas Australia have Glen Maxwell and Mitchell Starc to thank for as they have lend some respectability to their batting and bowling averages.

Maxwell looked good against India but was unlucky to have been out very early and will definitely be the trump card for Bailey’s side in the battle of the two bottom placed teams.

Bangladesh on the other hand will look up to the services of Shakib, who though looked good in the early matches will definitely have a point to prove against Bailey’s men. 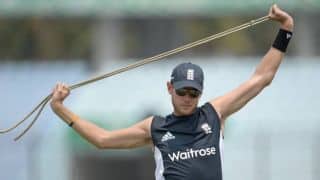