Joe Root made a fine century double ton for England.

Sri Lanka will resume on 120 for the loss of one wicket against England at Lord’s. Sri Lanka played well on the second day in their reply to England’s monstrous total. Kumar Sangakkara, the veteran batsman is batting and that should give them more confidence. On the other hand, England will look for early wickets on the third day. They only took one wicket on the second day.Catch Live Scorecard of the England vs Sri Lanka 1st Test here

Earlier, Joe Root, who held the innings together went onto get a double-hundred. The first time he has made a double century in his short Test career. He also became the fourth youngest to score a double century. During the second session, he was well supported by the comeback man, Plunkett. Catch the live blog here.

The seam/swing bowler can also bat a bit. He used the long handle to good effect and made 38, before getting out to Nuwan Pradeep. However, the second day’s play was all about how well Root played. He kept the scorecard ticking and when needed, he also played shots. It has to be said that Sri Lanka’s sloppy fielding didn’t help their cause. Once England declared, both James Anderson and Stuart Broad bowled well. Anderson even got a lbw decision against Dimuth Karunaratne in his favour. But it was overturned, as the batsman went for the review. England now will look to take early wickets and put Sri Lankan setup under pressure. 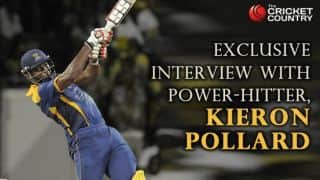 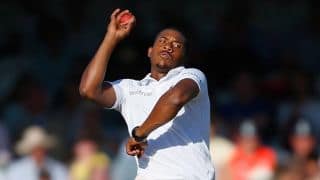