Catch all the live updates from all matches of ICC World Twenty20 Qualifier 2015 on July 11 here.

The match has been washed out. Nepal lead the Group A points table with this no result, which can be accessed here.

A 17-over game to commence now due to the lost time. After the long delay, Van Schoor takes a four and a brace from Shakti Gauchan, but play is suspended again for rain after four balls.

Play has stopped, because RAIN has arrived again.

The other opener Snyman has got out to Nepal’s captain Paras Khadka. The over before that, the fourth over, is a costly one as Baard hits a four an a six off Basant Regmi.

Stephan Baard has begun aggressively for Namibia after a rain-delayed start, and has hit a six to get his team to a positive start.

Play has begun at Belfast.

Rain isn’t heavy but doesn’t relent. Covers are still on at Belfast.

News from Belfast is that Nepal win the toss and choose to field against Namibia. There are covers on the ground due to a bit of rain.

Gough’s unbeaten 81 leads Jersey to a comfortable win against Hong Kong. From the start they have been in control of the chase.

Jersey lost their first wicket in the 13th over; opener Edward Farley departed for 57. But they seem to be cruising along to a victory, with the other opener Peter Gough still batting on 75. A run-rate of 9 is maintained.

Amir Ali’s 30 off 20 balls wasn’t enough to get Oman past the winning line; after being reduced to 90 for 6, he allowed them to have a peek at victory. Kenya won by seven runs.

Decent resistance from Preston Mommsen has allowed Scotland to recover to some respectability. They finish their innings at 159, losing by 32 runs. Mommsen remains unbeaten at 68 off 44 balls.

A collapse has made this a one-sided contest.

Jersey’s openers Edward Farley and Peter Gough have shaped Jersey’s chase well. They have targeted specific bowlers: Aizaz Khan and Aziz Ahmed have been smashed for 29 and 25 runs respectively in their two overs, but they have played 13 dots against Tanvir Afzal, scoring 18 off his four overs.

Mommsen has hit a six and a four, and his partner Sharif has hit a four, in the few overs they have been together. The required run-rate of 16.40 makes it a very tough ask for Scotland.

Catches in the deep, and a nice reflex catch from the wicketkeeper have got Scotland three more wickets, as Netherlands tighten their grip on this contest. Scotland are left with the tail now, and captain Preston Mommsen.

Oman’s openers have been dismissed, but their run-rate of less than five per over could hurt them as they go about chasing 144 against Kenya.

Scotland have lost three wickets in their chase of 192. Matthew Cross was looking to gather runs at quick pace for the hosts, but after hitting five fours in his 15-ball 22, he got out to left-arm spinner Van der Merwe in the sixth over. Now, with Richie Berrington also gone, the task looks steep.

A collective effort from the batting order gets Hong Kong to 154 for 6 after 20 overs against Jersey. Cornelis Bodenstein is Jersey’s most successful bowler, with four for 23 in his three overs.

Collins Obuya’s half-century has led Kenya to a decent recovery. Oman need 144 to win this game at Myreside, Edinburgh.

The opener, Rath, has scored 36 off 37 balls. He’s batting with No.4 Chapman, who replaced Nizakat Khan in the middle.

Peter Borren has hit a 28-ball 57, and having combined with Van der Merwe, has helped Netherlands set a stiff target of 192. Ten sixes have been hit in the innings.

Rakep Patel and Collins Obuya have put on 39 for the fourth wicket, with the batsmen showing signs of accelerating.

Opener Irfan Ahmed has been the major enforcer for Hong Kong, hitting two sixes in his 19-ball 27, but they have largely been sedate otherwise. Irfan got out in the sixth over.

After a healthy partnership, Barresi and Ben Cooper get out within two balls of each other, in the 11th over. Michael Swart also dismissed, in the 13th over, before Peter Borren and Roelof van der Merwe get together to accelerate with a few big hits, including two sixes.

Jersey won the toss and decided to field.

Oman’s spinners seem to be causing hesitation and an approach of caution in Kenya’s batsmen.

After the wicket of Stephan Myburgh in the third over, No. 3 Wesley Barresi and Ben Cooper have capitalised on some lapses in the field, and Barresi, especially has accelerated heavily, with five sixes, to set a strong base for a commanding 20-over total.

The match between Hong Kong and Jersey at Bready has been delayed due to a wet ground.

News, also from Edinburgh, is that Oman have won the toss against Nepal, and have chosen to bat.

News from Edinburgh is that Netherlands have won the toss and have chosen to bat.

Welcome to CricketCountry’s coverage of ICC World T20 Qualifier 2015, Day 3. Four matches are being played today, two at Edinburgh, Scotland, both starting 0900 GMT, and two in Ireland — at Bready and Belfast. Hong Kong’s game against Jersey at Bready will also begin 0900 GMT, besides the ones between Kenya and Oman, and Scotland and Netherlands. Namibia and Nepal play their match at Belfast, later, at 1315 GMT. Ireland, Kenya, Afghanistan and Nepal won their first-day matches on Friday. Updates of these games were covered live here.

Although there were a number of one-sided matches on Friday, Afghanistan’s win against United Arab Emirates (UAE) was the most emphatic victory among these, while Nepal’s last over win against United States of America (USA) was the closest game. You can read our tournament preview here: ICC World T20 Qualifier 2015: Associates and and Affiliates search for T20 glory 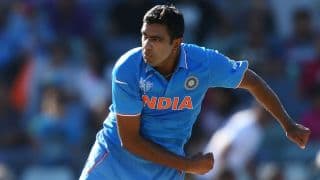 Ravichandran Ashwin blessed with a daughter 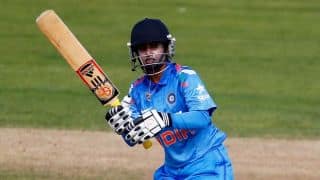