Hello and welcome to CricketCountry’s live blog for the ICC World T20 2016 warm-up match between India and West Indies at the iconic Eden Gardens at Kolkata on Thursday. India are a team that are on a roll at the moment, with some phenomenal momentum on their side. They have been unbeatable in recent times, with an almost spotless win record in T20Is this year. The sole blot has been a sh0ck defeat against Sri Lanka, but even that seems to have done them well to refocus them. India have remained unbeaten since that match, winning the Asia Cup T20 2016 in commanding fashion. READ: India vs West Indies, ICC World T20 2016 warm-up match at Eden Gardens, Preview

Live Cricket Score: West Indies 140 | Overs 19.2 | Batsmen: Jason Holder 13(9) — IND WIN!!!! That’s it, India are off to a flier in the warm-up encounter as the convincingly tame the former World Champions by a massive 45 runs and would aim to come up with similar performance in the upcoming main round matches, while for West Indies, they have plenty of home worl to be done. OUT! Sulieman Benn c Ajinkya Rahane b Harbhajan Singh 8 (10)

Live Cricket Score: West Indies 70/3 | Overs 10 | Batsmen: Marlon Samuels 16(13), Dwayne Bravo 10(10) | Pawan Negi and Ravindra Jadeja bowling in tandem. Both men have done well to tie down the opposition. Dwayne Bravo picks up back to back boundaries against Jadeja in the 10th over.

Live Cricket Score: West Indies 59/3 | Overs 8 | Batsmen: Marlon Samuels 15(11) | Ravindra Jadeja now. ONE. Ramdin takes a single. ONE. Another single to Samuels. ONE. And another single. ONE. Ramdin takes one more. ONE. Samuels gets one more. DOT. No run. OUT! This was on the cards, Ramdin holes out to Shami. OUT! Denesh Ramdin c Mohammed Shami b Ravindra Jadeja 6(13)

Live Cricket Score: West Indies 51/2 | Overs 6 | Batsmen: Marlon Samuels 11(6), Denesh Ramdin 2(6) | Jasprit Bumrah again. DOT. No run for Ramdin. DOT. Another dot. DOT. And another no run. DOT. Great over from Bumrah so far. ONE. Just a single for Ramdin. ONE. Samuels takes one too.

Live Cricket Score: India 185/5 | Overs 20 | Batsmen: Rohit Sharma 98(57), Suresh Raina 1(1) | Taylor clean up Negi and it’s Suresh Raina in and the second ball is DOT. Precious dot balls for West Indies. Pandya is out in the middle for a ball and goes back. Raina gets ONE and Rohit is on strike. Can he get to hundred? He belts one to the fence for FOUR. Another dot ball from Taylor. Rohit needs to get at least two off the last ball to get to three figures. Rohit misses and it’s a bye. Rohit manages to remain unbeaten on 98. OUT! Pawan Negi b Jerome Taylor 8 (7)

Live Cricket Score: India 168/4 | Overs 18 | Batsmen: Rohit Sharma 90(53), Pawan Negi  1(1) | Carlos Brathwaite into the attack. Dot ball, a boundary and then he is caught. Rohit get a SINGLE and Negi gives Rohit back the strike. Rohit smacks the last ball for another SIX. OUT! Ravindra Jadeja c Ashley Nurse b Carlos Brathwaite 10(7)

Live Cricket Score: India 145/3 | Overs 16 | Batsmen: Rohit Sharma 78(49) | Darren Sammy to continue. Yuvraj starts with a SIX! A single to Yuvraj and now it’s Rohit’s turn to belt another SIX. Rohit gets a single and Yuvraj is back on strike and he finishes the over with a FOUR.  Y Singh is out, caught by Jerome Taylor off the final ball. OUT!  Y Singh  c Jerome Taylor b Darren Sammy 31 (20)

Live Cricket Score: India 106/2 | Overs 13 | Batsmen: Rohit Sharma 63(43), Yuvraj Singh 7(8) | Sulieman Benn into his final over. SIX! Rohit slams one away! DOT. Dot to Rohit. ONE. Rohit picks up a single. ONE. Yuvi happy to give Rohit strike. FOUR. Rohit is unstoppable. ONE. Rohit keeps strike.

Live Cricket Score: India 59/2 | Overs 9 | Batsmen: Rohit Sharma 25(25), Yuvraj Singh 3(2) | Suleiman Benn into his third over. ONE. Rohit starts with a single. OUT! Benn takes another, Rahane is out stumped. In comes Yuvraj. TWO. Off the mark immediately. ONE. Single to Yuvi. DOT. No run. DOT. No run to end with. OUT! Ajinkya Rahane st Denesh Ramdin b Suleiman Benn 7(9)

Live Cricket Score: India 41/1 | Overs 6 | Batsmen: Rohit Sharma 15(15), Ajinkya Rahane 2(4) | Andre Russell continues. DOT. No run for Rahane. DOT. Another dot to Rahane. ONE. Jinks gets a single now. DOT. Rohit can’t get that away. This has been another tidy over from DreRuss. SIX! There goes over the ropes from Rohit. ONE. Single to end the over.

Live Cricket Score: India 22/0 | Overs 3 | Batsmen: Rohit Sharma 5(8), Shikhar Dhawan 14(10) | Johnson Charles, surprisingly, comes on to bowl the third over. DOT. No run for Rohit. ONE. Single for Rohit. DOT. Dhawan can’t get a run there. FOUR! Dhawan continues to impress. SIX! Big one, Dhawan gets going! DOT. No run to end with.

Live Cricket Score: India 11/0 | Overs 2 | Batsmen: Rohit Sharma 4(6), Shikhar Dhawan 4(6) | Jerome Taylor starts off from the other end. Three dot balls to Shikhar Dhawan to start off, then he takes two byes. That’s still four dot balls to Taylor’s name. FOUR! Dhawan picks up his first boundary as well. And another dot ball to end with.

Live Cricket Score: India 4/0 | Overs 1 | Batsmen: Rohit Sharma 4(6), Shikhar Dhawan 0(0) | Andre Russell starts proceedings, and he is bowling to Rohit Sharma. Five dot balls and one boundary in the first over. India are away! Good way to start off, but they will not mind it if their lower order gets a bat today.

TOSS: There was no toss, by mutual consent it was agreed that India would bat first.

India’s batsmen have been in excellent form, with Virat Kohli, Rohit Sharma, and Shikhar Dhawan all having won games for India in Asia Cup T20 2016. Yuvraj Singh and MS Dhoni have shown excellent form as well, while Suresh Raina and Hardik Pandya have made contributions also. The consistency with which India’s batsmen have put in consolidated performances will be heartening for India, but it is really the bowlers who have won them matches. READ: MS Dhoni, Yuvraj Singh, Ashish Nehra prove that age is just a number in Asia Cup T20 2016

Jasprit Bumrah, Ashish Nehra, Pandya, Ravichandran Ashwin, and Ravindra Jadeja have been in prime form ever since the T20I series in Australia earlier this year. India’s bowlers have been the true match-winners, and the overall team performance has helped India going nearly undefeated this year. West Indies, on the other hand, have failed to capture the imagination in ODIs and Tests recently, though they remain a potent force in T20I cricket. READ: Yuvraj Singh vs Sri Lanka at Dhaka: From ICC World T20 2014 to Asia Cup 2016, life has come a full circle 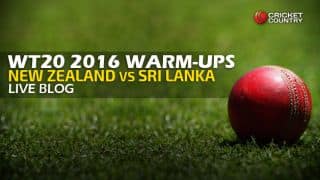 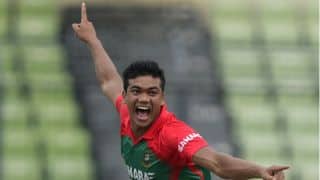