Catch the Live Cricket Score of the 2nd ODI between Sri Lanka and South Africa here.

Sri Lanka are taking on South Africa in the second One-Day International (ODI) to be played at Pallekele. Sri Lanka recently won the Test series in England. They won the last Test played at Headingley to win the series 1 -0. The first Test at Lord’s was drawn. They also won the ODI series. On the other hand, South Africa lost the last time they played Tests against Australia. They also lost in the shorter formats of the game. They however collapsed from a winning position to lost the first One-Day International (ODI).

South Africa have a new Test captain as well, as Graeme Smith  has retired from the game. It has meant that Hashim Amla is now the new captain of South Africa in Test and AB de Villiers in ODIs. South Africa will mainly depend on Dale Steyn to lead the pace attack. Sri Lanka have Rangana Herath as their main spinner. The two veterans, Mahela Jayawardene and Kumar Sangakkara are the key batsmen in the line-up. 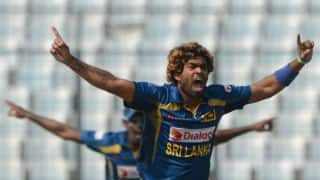 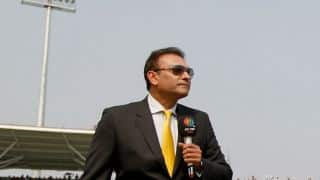