While UAE have not won a match as yet, they’ve run a couple of teams unnervingly close.

African giants, South Africa, take on minnows, United Arab Emirates (UAE) in their Pool B, match 36 of the ICC Cricket World Cup 2015 at the Westpac Stadium in Wellington on Thursday. The game is not much of a contest for either of the teams as South Africa have already made it to the quarter-finals, but would love to finish on a high, whereas UAE are out of the race but would love to get their opening win of the tournament. LIVE UPDATES: South Africa vs UAE

South Africa have already qualified from Pool B after gaining victories over West Indies, Ireland and Zimbabwe. However they have lost to India and Pakistan and will be keen to punish UAE so as to take momentum into the quarterfinals. UAE have not won a single match in the ICC Cricket World Cup 2015 and it would take a mighty effort to topple the Proteas. LIVE Scorecard: South Africa vs UAE

While UAE have not won a match as yet, they’ve run a couple of teams unnervingly close. Their matches against Ireland and Zimbabwe were absolute crackers and in the end, it was just a matter of who held the nerves better. However, they lost comprehensively against India and Pakistan. ICC Cricket World Cup 2015: POINTS TABLE

Overall South Africa should win the match with ease but should bare in mind the spirit the associates have displayed throughout the tournament. ICC Cricket World Cup 2015: SCHEDULE & MATCH DETAILS 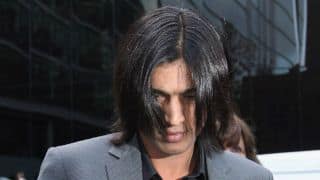 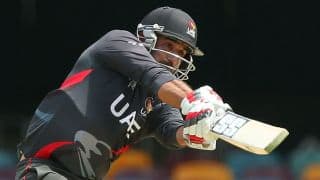