India vs England at Perth is a virtual semi-final.

India and England meet for the second time  in the 6th One-Day International (ODI) of the Australia tri-series at Perth. England had the better of India in their previous rendezvous at Brisbane where India were beaten neck and crop. The bonus point gave England a cushion. Catch the full scorecard and ball-by-ball commentary of the match here

But India’s hopes of reaching the final were reignited by the abandoned match against Australia at Sydney from which they earned two points without risking a loss. A loss would have set the cat among the pigeons as India would then have had to beat England by a bonus point to entertain thoughts of a shot at the final. As things stand its a winner take all contest.

Indians are plagued by various ambiguities with regard to their team combination. A struggling Shikhar Dhawan has thrown the Indian think-tank off course. But Rohit Sharma’s unavailability due to injury provides him one or at best two shots at redeeming himself. England’s bowlers for their part would once again be queuing up to exploit India’s perceptible weakness on fast bouncy wickets with the match being held at Perth. Its also another chance for both teams to test themselves in a pressure cooker situation with a place in the final up for grabs.

Catch the free live streaming of the match here 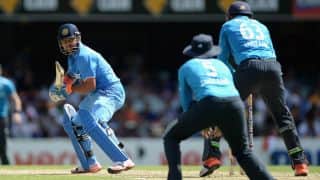 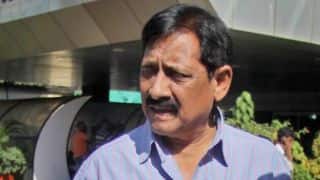