India will take on England at Perth in a virtual semi-final on Friday to qualify for the final of the ongoing tri-series in Australia, which is scheduled to be played on Sunday at the same venue. By the virtue of three wins in three games, Australia have already qualified for the final and the other contestant for that clash, will be decided from this sixth ODI. READ: India vs England, 6th ODI Preview

MS Dhoni’s boys are off-colour so far in this tri-series. They had started with a close game against the hosts, Australia. But in their next game at Gabba, England handed them a humiliating defeat. Rain played spoil-sport in the fifth ODI between India and Australia and it also put England and India in a must win situation. Though India did not mind this, after their nine-wicket thrashing against this new look England side. Catch Full Scorecard here

Bowling has been India’s weakness in this format. But the last three ODIs in Australia this season, their batting also struggled. Especially opener Shikhar Dhawan’s poor form is a major worry for Dhoni and co. Beside this, Rohit Sharma’s unavailability did not help their cause either. So India will be on backfoot before this crucial encounter. 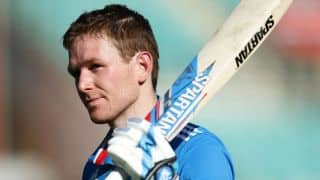