Hello and welcome to CrickectCountry’s live coverage of the Group C match between World Champions Germany and Poland at Saint Denis. I am R Narayan and I will bring you all the updates from today’s mouth watering clash between the two nations. Germany had beaten Ukraine 2-0 in their first game, whereas Poland came out victorious against Northern Ireland 1-0. It will be a great contest between the sides, considering the quality of players at show. The Germans have a plethora of attacking talent in their ranks, which is led by Thomas Muller. Their opponents though, have limited talents within their side, but have skipper Robert Lewandowski in their ranks. Live Football Scorecard: Germany vs Poland, Group C, Euro 2016

Germany vs Poland, Full Time: A disappointing performance from the World champions as the match ends 0-0. Poland would feel they could have nicked the game, with Milik missing two golden opportunities. Germany were guilty of overdoing, as they sparingly threatened Fabianski at goal. Both the teams have 4 points from two matches, with Northern Ireland having 3. This sets up a cracker final round of fixtures.

Germany vs Poland, 90’mins: Another free-kick for Poland conceded by Muller. The time is ticking away for both the sides. A point apiece will definitely please Northern Ireland, who won their match against Ukraine.

Germany vs Poland, 85’mins: Just 10 mins to go as both the teams aim for the elusive goal. Corner for the Germans, who decide to take it short. Poland’s first match hero Milik has had a tough game, missing two golden opportunities. Hand-ball against Boateng, who is lucky to survive another yellow card. Grosicki tries his luck, but it’s way above the goal.

Germany vs Poland, 80’mins: Muller does well to win the back ball and tries an effort, but it’s well above the target. Lewandowksi shows of his frustration after Milik plays a pass behind him. Kapustka replaces Blaszczykowski for Poland.

Germany vs Poland, 75’mins: Schurrle has a try at goal, but it’s straight at Fabianski. In the meantime, Gomez comes in for Draxler. Corner for Germany as they try to up the ante.

Germany vs Poland, 70’mins: Change for Germany as Andre Schurrle replaces Mario Gotze. Yellow card for Boateng now as he blocks of Milik. Brilliant chance for Milik again, but this time his misses his kick as Germany are let off the hook again. At the other hand, Germany break as Fabianski saves an Ozil shot.

Germany vs Poland, 65’mins: Germany try to get a break away, but Poland’s astute defense does well. The World champions may well think of bringing on Mario Gomez, who gives his side something new in the attack. Good effort from Kroos, just above the goal.

Germany vs Poland, 60’mins: Free kick on the edge of the area for Poland. A good place to have a crack. Lewandowski lays it off for Milik, whose shot is just wide of the target. A brilliant block from Boateng, just as Lewandowski lined up a shot.

Germany vs Poland, 55’mins: Milik breaks forward forward from the right, but is thwarted by a brilliant challenge from Hummels. A much better start to the second half from the both the teams, who have taken a positive approach. Corner for Poland! Yellow card to Grosicki for thwarting a Germany counter-attack

Germany vs Poland, 50’mins: First chance of the second half as Milik misses a sitter of an header, with goal at his mercy. A certain let off for Germany. And now a chance for Gotze, who hits the shot straight at Fabianski. Good defending from Hummels denies the ball reaching Lewandowski, who was poised to score.

Germany vs Poland, Half Time: Yellow card to Maczynski as the ref blows the whistle for half. It’s been a dull affair at Saint Denis. Both the teams haven’t mustered a shot on target in the half, despite the quality of players in the ranks. Germany especially would be disappointed with the displays of their front-4, who have failed to create any sort of clear cut chance. See you after the break!

Germany vs Poland, 40’min: Germany are trying really hard to find an opening, but Polish defense has stood tall. Muller and Ozil have been really ordinary, with Draxler and Gotze not much better. Kroos concedes a foul on the edge of the halfway line.

Germany vs Poland, 35’min: Draxler tries a long range effort, but his shot is blocked. Zero shots on target so far, which is a poor stat considering the hype around this game. And Ozil becomes second player to be in the books, getting a yellow card for stopping a Poland counter-attack.

Germany vs Poland, 25’min: Both the teams are yet to get going till now. Milik finds Lewandowski brilliantly, but his shot is blocked by Howedes. Poland are playing with a bit of confidence now. Ozil tries to play Draxler in, but Poland’s defense is strong.

Germany vs Poland, 20’min: First corner of the match for Germany. Muller does brilliantly to stop the ball going from going out of play, and then provides a pass for onrushing Kroos, whose shot is off-target. Another corner for the Germans which is gathered easily by Fabianski.

Germany vs Poland, 15’min: Offside call against Lewandowski, who has been anonymous till now. Khedira has an attempt on goal, but it’s well wide. A quiet affair till now, with no attempts on target from either side. Lewandowski does brilliantly to win the ball from Hummels, but fails to do anything with it.

Germany vs Poland, 10’min: Left back Hector has an attempt for the Germans, but it’s well wide. Germany are enjoying most of the possession, without creating a clear cut opportunity. Poland are playing a pressing game, which is forcing Germany to mistakes.

Germany vs Poland, 5’min: Sami Khedira is fouled for an alleged elbow, but referee doesn’t deem it as an bookable offence. And it’s the first yellow card in the 3rd minute, as Khedira stops Poland from counter attacking. Draxler is a brilliant cross into the box, but Gotze’s header is just above.

Germany make a solitary change from the first match as  Mats Hummels returns for Shkodran Mustafi. Big change for Poland, as Wojciech Szczesny is out through injury, and is replaced by Lukasz Fabianski

The Germans are a very confident unit and are led by one of the astute coaches in international football. Joachim Low has been with the national team since Jurgen Klinsmann stepped down from the post after FIFA World Cup 2006. Low’s brilliant understanding of the game helped Germany lift the World Cup in 2014, and his side are seen as favorites for the Euro 2016 as well.

Poland will feel a draw from this fixture to be sufficient enough for qualification to round of 16. With a win in the first match, they strengthened their chances to create history. They have decent quality within their side, and cannot be seen as pushovers. With Lewandowski in the attack, they have arguably the best forward in the world. Combined that with Grzegorz Krychowiak and Jakub Blaszczykowski in the midfield and their chances of causing an upset aren’t slim. 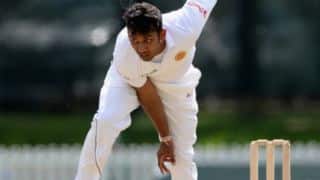