Uruguay will look to kick start their Copa America 2016 campaign with a win.

Hello and Welcome to the live coverage of Uruguay against Mexico in a Group C encounter of the Copa America 2016 at the University of Phoenix Stadium, Glendale. In the previous Group C encounter we saw Venezuela beat Jamaica 1-0. It was a closely fought match but it took just the one goal to separate the two teams. Former champions Uruguay ware certainly the stronger one on paper. They have the likes of Edison Cavani and Luis Suarez up front. Not to forget their sold defence consisting of Diego Godin and Jose Gimenez. They have a balanced side and on their day can cause havoc against any team in the world.

A look back at the goal that sealed it

90+4 mins: That’s it! Mexico have thrashed Uruguay and go top of the Group C standings. Both teams were down to 10 men, but Mexico never gave up and despite the equiliser from Godin, Mexico scored a couple of goals more to assure themselves of a comfortable win. 90 mins: GOALLLL! Uruguay in pursuit of an equiliser, left themselves exposed at the back. Herrera makes the best of it and heads the ball home with minimum of fuss. It’s all over for Uruguay now! Not a warm welcome for Uruguay DID YOU KNOW?

.@RafaMarquezMX has scored in his 6th #CopaAmerica, which is the most appearances of any player in this tournament #Copa100 #MEXvURU

85 mins: GOALLLLLL! Rafa Marquez has perhaps won the game for Mexico from close range. Some shabby defending leads to the goal. Uruguay will be very disappointed, giving away that cheap goal. Will they equilise once again? Did we see the crowd throw bottles at the Uruguay players after the equiliser???

75 mins: RED CARD!!! Mexico are now reduced to 10-men after Andres Guardado is sent off for a second bookable offence. GOALLLLLLL!!! Seconds after the red card, Uruguay equalise after their skipper Diego Godin heads in a free-kick as a result of the red card. It’s all level now! Will we see a winner today?

Just in case you missed it:

#CopaAmerica organizers played the National Anthem of Chile instead of Uruguay ahead of #MEXvURU!

65 mins: Diego Godin misses a sitter and Mexico make a substitution for Mexico with Corona off, Due as on. It is going to be an exciting final 25 minutes of play left. Mexico just content to keep the ball at the moment as Uruguay push for an equiliser.

50 mins: We are back for the second half and it has been a quiet start. Rios however went in with a two-footed challenge, but escapes. That could have been dangerous had he made contact. Uruguay are yet to introduce Suarez in the game. They will have to do it soon before it is too late.

45 mins: HALF TIME! Mexico will be the happier lot as they are a goal ahead, but all is not lost for Uruguay, who are very much in this match. Uruguay have been a bit rusty and will hope that they come back stronger in the second half. But it won’t be easy as Matias Vecino has been sent off right at the stroke of half-time. Uruguay certainly have a mountain to climb from here.

35 mins: CHANCE for Cavani on 30 mins, but the goalkeeper saves! The consequent corner is dealt with, without any trouble. First real chance for Uruguay goes begging and Mexico breathe a bit freely now. It has taken some time, but Uruguay have finally found their feet now.

25 mins: Uruguay have won a couple of set pieces, but are unable to make the most of it so far. They are perhaps missing the services of Luis Suarez up front. Edison Cavani has looked a bit shaky so far. Mexico are dominating possession and dominating the match at the moment as well. Mexico are looking the more settled side at the moment. Uruguay concede a free kick at the left side of the field, but the ball is cleared.

Story of the match so far:

Uruguay can’t get hold of the ball! It’s all Mexico at the moment. #CopaAmerica pic.twitter.com/rQkHMOR0KX

15 mins: Uruguay are yet to equilise, but it is Mexico, who have done well to prevent their opponents from scoring. Mexico too are pressing hard to get the second goal, which will give them the advantage. Uruguay really not going all out in pursuit for the goal, knowing that there is plenty of time in hand. First the wrong national anthem plays, then Uruguay concede early. Probably their worst start in their Copa America history.

10 mins: GOAL!!!! A rather lively start, but it is Mexico , who have managed to put their noses in front after just 4 minutes on the clock. Guadrado with an amazing pass from the left hand side and Alvaro Perera the defender is not able to clear the ball and instead puts the ball in his own start. Just the start Mexico would have wanted. Uruguay will look to get back on level terms immediately.

We all saw what goalkeeper Guillermo Ochua can do in the previous FIFA World Cup. He will have to repeat his heroics in this match as well, if Mexico have any chance of salvaging anything from this game. They have Bayer Leverkusen striker Javier Hernandez lead the attack. He has the uncanny knack of scoring goals at the most important time, like he has done so many times at the club level. He will have to be at his best, considering the rock solid defence at Uruguay s disposal.

Uruguayan forward Edinson Cavani said on Wednesday the team is preparing as if (Copa America) it was a World Cup . Coach Oscar Washington Tabarez said the training environment is one of excitement and companionship because when there is will, much progress is achieved . However, some the team s main players are injured including Cristian Rodriguez, Sebastian Coates and star striker Luis Suarez, according to IANS. 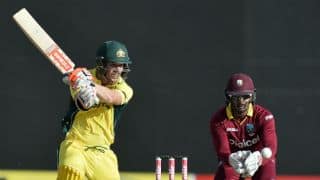 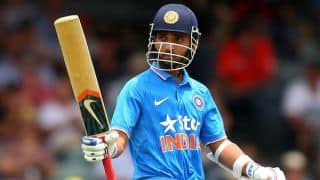