This became the first instance in the history of Ranji Trophy, that two finals have been played in the same year.

Ranji Trophy 2017-18 final kicked off at Holkar Stadium, Indore on Friday. Electing to bowl, Vidarbha were off to a flier and restricted Delhi to 65 for 3 before lunch. Nonetheless, Dhruv Shorey’s unbeaten 123* has kept Delhi‘s hopes alive and will look to take the score beyond 350 on Day Two. The live telecast of the final match will be on Star Sports. The live cricket streaming of the match will be available on Hotstar.

Vidarbha opened their attack with debutant Aditya Thakare and semi-final star Rajneesh Gurbani. The duo impressed and took two wickets apiece. Akshay Wakhare got rid of the big fish — Gautam Gambhir (15) — while skipper Rishabh Pant and Nitish Rana perished after starts. Shorey was given company by in-form batsman Himmat Singh (66). They added a vital 105-run stand and have taken the score to 271 for 6 at stumps.

Nonetheless, Delhi’s lower order will look to stretch the innings in what promises to be another exciting encounter between bat and ball on Saturday.

This became the first instance in Ranji Trophy history, that two finals have been played in the same year. The final for 2016-17 season was held on January 10, 2017, while the final of the 2017-18 season commenced on December 29, 2017.  Quite surprisingly, both games are being played at Holkar Stadium. 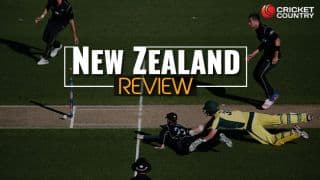 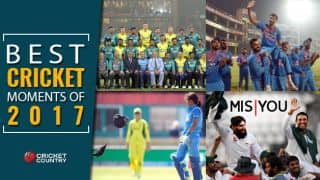