The trend of players opting for county cricket over South Africa national team has forced CSA to think about the long-term contracts.

The alarming trend of players opting for county cricket over the South Africa national team has forced the board to think about the long-term contract for its cricketers, said top Cricket South Africa (CSA) official Corrie van Zyl.

The former South African pacer and interim coach, who is currently the Director of Cricket at CSA, admitted that the board is serious about retaining its talented players, most of whom are taking the Kolpak route to play English county.

Since 2004, South Africa has had the maximum number of Kolpak players but two which hurt them in recent times were pacers Kyle Abbott in 2017 and Duanne Olivier in 2019.

“What are the reasons that some of the players signed Kolpak deal are best known to them. I can’t speculate as to why they would want to do that. What is important for Cricket South Africa is to ensure that we can retain our best players,” Van Zyl said.

Van Zyl said that they are working on having long-term contracts.

“Central Contract is one aspect. We are looking at longer term contracts and long term service incentive schemes. We are making sure that within SA cricket fraternity, we try to understand where the players stand. So it’s a combination of number of factors, said the pacer, who had played two ODIs without much success, in their comeback year 1992.

Last year, South African pace great Morne Morkel, who took the Kolpak deal after announcing international retirement, had warned the country’s cricket establishment to have proper communication channel with players to clarify where they stand in terms of selections and safer contracts.

“The structures are in place to prevent good players from leaving the country. That is what we are focusing on. One of the success factors is to ensure that we retain our young talent as retention is important for any team. We at CSA are putting in measures to ensure that we are addressing concerns of our players,” he said.

The South African selection policy currently has a clause where on an average there have to be around five players of colour in the playing XI for every match. This is being done to bring in a balance in selection which many feel wasn’t there even after the Proteas made a comeback post apartheid ban in 1992.

The transition phase is on currently and India is one of the more challenging places to tour in such circumstances but Van Zyl is confident that the team would come up trumps.

“Obviously, it’s transition in terms of new players coming through but we still believe we are here to win. Although the team is transitioning from a personnel point of view, we have the skill and ability to compete on the field,” he said. 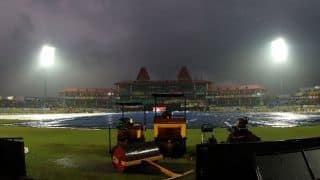