Sussex looks to rebuild and come back stronger for the 2016 season.

Luke Wright was named the captain of Sussex across all formats on Tuesday following Ed Joyce’s decision to step down as the club is fighting relegation from Division One of the County Championship. The 30-year-old took charge of Sussex’s T20 fortunes last season, leading his side to the quarter-finals of the NatWest T20 Blast. However, it was in First-Class cricket that he made his biggest impact as he had ended the season with a total of 1,220 runs at 46.92, including a career-best 226 not out against Worcestershire. The English batsman expressed his delight on social media. He said, “Couldn’t be happier to be captain of this fine club @SussexCCC. Thank you all for the good luck messages. The hard work starts now.” READ: Shoaib Malik included in Pakistan Test squad as 16th member for 2015 England

Couldn’t be happier to be captain of this fine club @SussexCCC. Thank you all for the good luck messages. The hard work starts now. #GOSBTS

According to ESPNCricinfo, the all-rounder added, “I am hugely proud and honoured to be the captain of this fantastic club. To think that I am following in the footsteps of some great captains is a massive privilege. Mine and the coaches’ challenge is to get this club back to winning ways. This starts with not only trying to get back to Division One, but to create a culture that can challenge to win it.”

Sussex’s Championship was ruined last season with the injuries of their fast bowlers Tymal Mills, Ajmal Shahzad and Chris Jordan. And at the end of the year, Michael Yardy, the former club captain, retired at the end of the season while Joyce stood down to concentrate on his batting after averaging 32.88 for the campaign. READ: Luke Wright, Andrew Caddick among England cricketers heading Antigua for charity

Mark Robinson, Sussex’s team manager, said, “We’re delighted that Luke has accepted the offer of captaincy. It comes at an important time for the club, as we look to rebuild and come back stronger for the 2016 season. Luke will bring a lot of experience from around the world, as well as passion, commitment and energy. He will have the full respect from everybody from within the club and the game.” 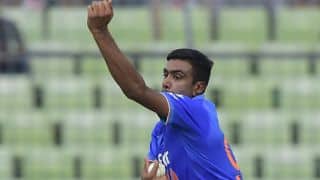