Maharashtra end their first innings with a 341-run lead against Bengal.

Sangram Atitkar scored a brilliant hundred and finished as the top scorer for Maharashtra with 168. He found able support from Anupam Sanklecha in the lower order, who finished with 52 runs under his belt.

Ashoke Dinda and skipper Shukla took three wickets each, as Sourav Sarkar and Shib Shankar Paul bagged a pair each.

Bengal, having produced a no-show in their first innings will be up against the task when they come to bat for the second time in the match. 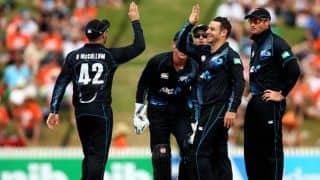