Zimbabwe lost their 2nd T20I against India after posing double digit score on 99 at Harare on Monday.

After Zimbabwe’s loss to India in 2nd T20I at Harare on Monday, the team’s head coach Makhaya Ntini lashed out on his teammates at the lack of maturity amongst the batsmen who completed their innings at 99. He looked down upon the experienced players who lacked the quality of batting display that is usually witnessed amongst these players in every game especially from Hamilton Masakadza and Sikandar Raza. Masakadza, the Zimbabwe opener, looked to break the shackles and play a big shot early but was cleaned up by Barinder Sran in the fifth over. Sikandar Raza fell prey to a bit of width offered by Sran just three balls later and hit it to the short third man fielder. FULL CRICKET SCORECARD: India  vs  Zimbabwe , 3rd T20I Match at Harare

In conversation with Times of India, Ntini said, “Shot selection, it’s one of the things that Zulu (Lance Klusener) and I are trying to correct and put in them. You don’t win a game over one shot. You don’t score a 100 over one shot. If someone gets out before you, you are supposed to be the one that takes charge of the game and correct the mistake that the other one has made.” ALSO READ: Makhaya Ntini wanted to commit suicide after Zimbabwe’s 2nd ODI loss

He further added, “It comes with maturity of the batters we have and the experience. You look at Hamilton (Masakadza), the way he got, that’s not the way he should’ve got out. If he could stay there for 10 overs, he could’ve scored 70 with ease. Yes, Chamu (Chibhabha) took on the field and it hit the toe end of the bat and he got out, that could’ve been 6 or 4 too. But the rest of us, look at (Sikandar) Raza, come on. You see there’s a guy put there and you’re guiding the ball there. Where is the maturity?”

Nitini ended the conversation “Those are kind of things we need to get the things into their head. You don’t do things for the sake of doing it. Think of the guy who is coming after you. If you can control the eager, this country could be the best ever in cricket.” 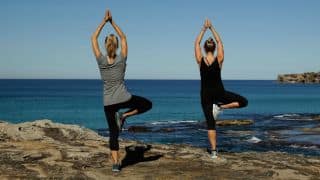