Ten players from Sri Lanka's preliminary squad have opted to sit out of the tour of Pakistan due to security concerns.

Ten players from Sri Lanka‘s preliminary squad have opted to sit out of the tour of Pakistan due to security concerns, a Sri Lanka media release on Monday stated.

Of those who have decided to skip the tour which features three T20Is and three ODIs, prominent names include Lasith Malinga, Angelo Mathews, Dinesh Chandimal and skipper Dimuth Karunaratne. Niroshan Dickwella, Kusal Perera, Dhananjaya De Silva, Thisara Perera, Akila Dhananjaya and Suranga Lakmal have also decided to give the series a miss.

The ODIs will be played in Karachi followed by the T20Is in Lahore, before Sri Lanka return in December for a Test series that will be a part of the World Test Championship.

The decision was made after the entire squad was briefed about the security preparations in Pakistan by Former Sri Lanka Air Force Commander, Marshal Air Roshan Goonetileke, who is the Chief Security Advisor of the SLC, while Chairman of the National Selection Panel Ashantha De Mel explained about the selection policy for future tours.

De Mel had left it to the individual players to make their minds about whether they wanted to go ahead with the series to be played between September 29 and October 9. And once the players did in fact made their respective calls, the release added that the national selectors picked a fresh T20I and ODI squad, which will further be sent to Harin Fernando, the Sri Lanka sports minister for approval.

Last month, Fernando had confirmed Sri Lanka’s tour of Pakistan after a near two-year-long absence. International teams have stayed away from Pakistan over security concerns. In October 2017, Sri Lanka played a T20 match in Lahore for the first time since a terror attack near the same venue in March 2009. That attack left eight people dead and seven Sri Lanka players and staff injured. 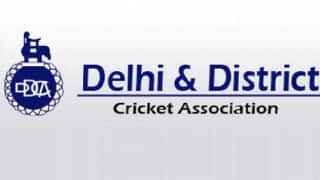