Manish Pandey has been a regular member of the Indian squad in the past few years but has been in and out of the playing XI.

Manish Pandey has been a regular member of the Indian squad in the past few years but has been in and out of the playing XI. It has been a tough journey for Pandey with more competition, lesser opportunity and inconsistency. However, he has played some vital knocks at international stage to prove his talent.

He was the first Indian player to score an Indian Premier League (IPL) century in 2009. He played an important hand in India’s victory over Australia in 2016 with an unbeaten century. In a chat with TOI, Pandey talks about his journey in international cricket as he looks forward to play IPL 2018 for Sunrisers Hyderabad (SRH).

Taking one game at a time

“I’m getting better and I’m taking one game at a time. The last couple of tournaments have been good for me. Whenever I’ve got a chance I’ve tried to stay at the wicket for a longer period of time. I believe one of my strengths is to play the anchor role in the middle, especially since I’ve been batting at number five. That has been working for me.”

On March 18, young India team led by Rohit Sharma lifted the Nidahas Trophy 2018 beating Bangladesh in the final by four wickets. Dinesh Karthik was an overnight star for his heroics in the final. Reflecting on the tournament, Pandey talks about his role in the batting order.

“The biggest takeaway for me is to have been part of a champion team. Also, individually there were a couple of games where I had to change my gear and play a little more aggressively and I think I did that well. In a couple of other matches it was important for me to stay at the crease for long and build a partnership and take the game through. That too was a job well done.”

India has been struggling to find a No.4 batsman in limited overs since a long time now and have tried various experiments as well. Pandey who once batted at that positions now comes to bat lower down the order. In the Nidahas Trophy, Suresh Raina who made his come back in the South Africa series batted at No.4. Talking on that Pandey says he is ready to bat at any position as per team requirements.

“When you bat at No. 4 in ODIs, on many occasions you get about 30-35 overs in the middle. At No.5 it is around 20-25 and if you come lower down, the time in the middle is very less. It is a challenge to adjust and move in that fashion. That said, I will bat at whatever position the team requires me to. I just go out there and do what I’m expected to.”

The IPL 2018 is all set to begin from April 8. Pandey who has played for four teams previously, was bagged by the SRH this season. He says he is looking forward to play and work with VVS Laxman.

It was an inevitable change

“It was an inevitable change. I am looking forward to playing for Sunrisers Hyderabad because it is a good team with good people. I think it will be nice to learn something new from a different franchise. I’m looking forward to working with (VVS) Laxman bhai. He has been helping a lot of players, so I see this as a good opportunity to go and learn from him.” 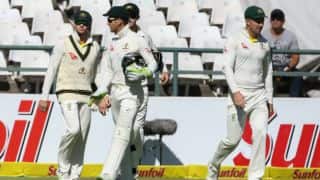 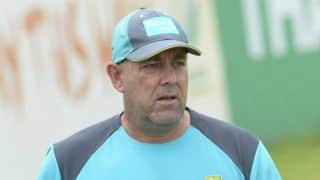