South Africa and Titans fast bowler Marchant de Lange has advised young cricketers coming through the ranks to be patient. 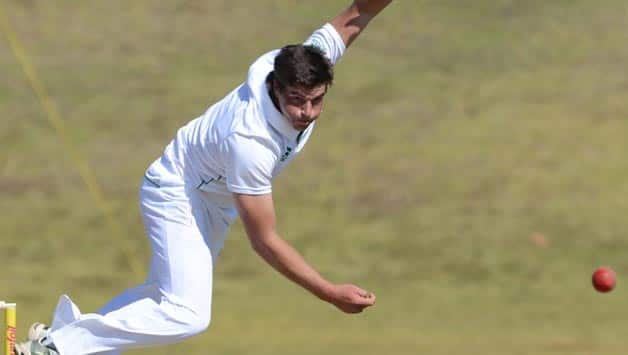 South Africa and Titans fast bowler Marchant de Lange has advised young cricketers coming through the ranks to be patient.

The speedster made his international debut couple of years back against Sri Lanka and bagged eight wickets on his debut. “There are quite a lot of opportunities for youngsters to come through the system. But the guys need to be patient — and that includes myself as well,” he was quoted saying this to BDLive.

Currently Jacques Kallis and Graeme Smith are at the twilight of their career. With Dale Steyn being suffering injuries of late there are plenty of opportunities available for the youngsters. De Lange said, “We as youngsters we shouldn’t be rushing our careers and getting ahead of ourselves. We should rather always be out there to learn.”

De Lange, who consistently clocks around 150 kmph, sustained a back injury in 2012 against New Zealand which saw him miss most part of last season. After his return the 22-year-old again suffered an injury three weeks ago playing for South African A side.

De Lange is hoping to make a full recovery ahead of the Twenty20 Champions League taking place in India, starting in September. He is also hoping the Titans will be one of the teams to challenge for the title.

“At the moment the team is preparing very well. Hopefully we can pull it off and play some high quality cricket,” said De Lange.