Marchant de Lange called up as cover for Dale Steyn for India vs South Africa 2015, 3rd Test at Nagpur

Marchant de Lange called up as cover for Dale Steyn for India vs South Africa 2015, 3rd Test at Nagpur

Dale Steyn missed the Bengaluru Test due to groin injury.

Marchant de Lange has been called up as cover for Dale Steyn for the remainder of the India vs South Africa 2015 Test series. Steyn did not take field for most part of the first Test at Mohali and was not named in the playing XI for the Bengaluru due to a groin injury he suffered during the first Test. De Lange last played a for South Africa in 2012 when the Proteas took on New Zealand in 2012. Steyn, who missed his first game for South Africa in two years has never missed two consecutive games in his entire career. If he misses the Nagpur Test it will be the first time he has missed two continuous Tests in his career. Scorecard: India vs South Africa 2015, 3rd Test at Nagpur

“At the moment we only have three fit seamers in Morne Morkel, Kagiso Rabada and Kyle Abbott, so with Dale still struggling with a groin injury we decided to bring Marchant in as cover so we are prepared in case one of the three breaks down,” South Africa coach Russell Domingo said. “Marchant’s biggest strength is pace, if the ball does start to reverse swing his pace through the air brings him into the contest,” accoring to espncricinfo. READ: India vs South Africa 3rd Test at Nagpur: Hashim Amla urges batsmen to step up

“Even though his performances back home have been a bit inconsistent, we do know that as an impact player he is a guy that can turn the game with a good spell. Guys that can bowl at 150 km per hour will always be good value,” added. Domingo.

India lead the four-match series 1-0. The fourth and final Test will be played in Delhi. A win for India in the Nagpur Test will seal the series, but a win for the Proteas 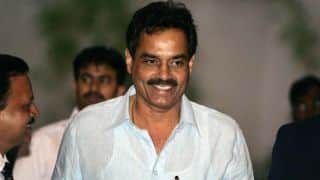