Johannesburg: Former South Africa wicketkeeper Mark Boucher, whose career was cut short by a freak eye injury, was named coach of Pretoria-based franchise Titans on Monday. The 39-year-old succeeds New Zealand-bound Rob Walter in his first coaching appointment four years after being struck on the left eye playing for South Africa in England against Somerset. Boucher was forced to retire having played 147 Tests, 295 one-day internationals and 25 Twenty20 internationals since debuting for the Proteas in 1997. AB de Villiers is world’s best batsman in all formats, says Mark Boucher

“I am fortunate to have worked under a lot of successful coaches and picked up a lot of experience during my playing career,” said Boucher. “In pressure situations, I can be nice and calm, and assertive as well. I will have my own way of coaching.” Titans are one of six top-tier South African franchises and consistently challenged for honours under Walter. Former players praise Smith’s captaincy

A passionate conservationist, Boucher recently attended the announcement of the joint venture between the Castle Lager Boucher Legacy programme and the Blue Bulls, in an effort to bolster the fight against rhino poaching, Sport24 reported. His cricket career ended prematurely when he was struck in the left eye by a flying bail during South Africa’s tour of England in 2012. 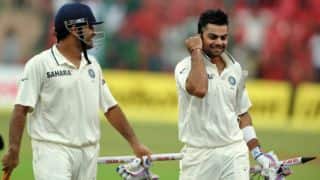