Cricket Australia have a committee in place, under Rick McCosker, but the progress has been far from satisfactory.

Cricket Australia has shown intent to build proper guidelines to help build a healthy Australian team culture in the aftermath of the ball-tampering scandal at Cape Town earlier this year, but have not been dynamic enough in that regard. At WWOS’ Sports Sunday, Mark Taylor, himself on CA’s Board of Directors, admitted to the lacklustre approach of the board.

“There s a player review going on led by Rick McCosker, former great Australian opening batsman,” Taylor said. “The players are sitting down as a group, both male and female, and working out how they want to play. There s been enough smoke to know that there s some fire there. There s probably been warning signs for a while and we ve probably been too slow to react to those warning signs.”

Last week, Moeen Ali alleged that he had been at the receiving end of racial abuse (“take that, Osama”) from an Australian Test cricketer during the first Test of the 2015 Ashes, at Cardiff.

Taylor also made his stand on racism clear: “We don t like that in the game. There s no need for that in the game either. I know there was a bit of controversy about what was actually said but at the end of the day, it s the sort of the thing we ve got to stamp out of the game.

“I know a lot is going on behind the scenes at the moment with Tim Paine and Justin Langer and team management. If [racial abuse] is going on, it s not going to happen. We re going to change that and it ll be good for the game and good for Australian cricket.” 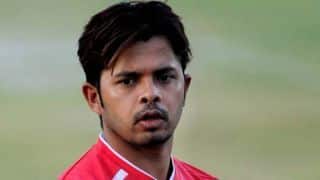