Melbourne: Former Australian skipper Mark Taylor has criticised current captain Steven Smith s tactics and has accused him of hedging his bets during Australia s nail-biting 39-run victory over Pakistan in the opening day-night Test of the three-match series at the Gabba in Brisbane on Monday. Having set Pakistan a world record of 490 to win, Smith was accused of temporarily losing his nerve as he set a defensive field with only one slip and the visitors came within 39 runs of pulling off a run-chase miracle that would have hung over his captaincy forever. Taylor questioned as to why the creation of a pressure-cooker environment wasn t the tactic from ball one when Pakistan resumed the fifth day needing 108 runs with only two wickets in hand.

I just can t work out this field at the moment. The last ball of the over to Yasir Shah and you are giving him one. You ve got to try and get him out. Steve Smith is hedging his bets here a little bit, news.com.au quoted Taylor as saying. It was Pakistan’s ninth-wicket partnership between Asad Shafiq (137) and Shah (33) that delayed Australia’s victory and made their side’s impossible chase look easy. However, pace spearhead Mitchell Starc stepped up to break the 71-run stand between the duo by ending Shafiq’s magnificent knock featuring 13 boundaries and a six. Soon a precise throw by Smith ran out Yasir Shah, thus putting an end to what would have been a record chase.

Echoing similar views, former skipper Michael Clarke admitted that Smith had missed a major trick by not attacking Shafiq from the outset. I like Mark Taylor am confused as to the field. Shafiq is on 100 but it s a new day. You have to start your innings again. The fact there is only one slip, so many men on the boundary, Steven Smith is very concerned about the runs, Clarke said while commentating on Channel Nine.

Smith stood by the defensive mindset he applied to the most nerve-wracking day of his career, but admitted that from a team perspective Australia’s young side must urgently develop a cut-throat edge. The Australian skipper had, after the match, said that the match was a bit too close for his liking. “I’ve lost all my fingernails, I think,” Smith said. “It was a bit too close for my liking. Some game of cricket wasn’t it?” 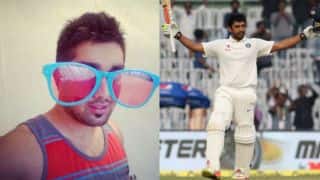 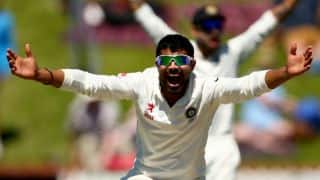