Marlon Samuels looks set to get a huge score.

Marlon Samuels gets to his half-century against England on Day one in the second Test at Grenada. Samuels came in at No.5 during a tricky period and made an extremely slow start to his innings, but the fact that he is still out there and has gotten his eye in is the fact that will matter the most for West Indies. Live Updates: West Indies vs England, 2nd Test, Day 1

England will hope that they get of Samuels as soon as possible as he can make a huge difference in the outcome of this match. His partnership with Jermaine Blackwood was looking to threaten, but Blackwood was dismissed after he got off to a decent start, paving way for England to take charge of the match once again. LIVE SCORECARD: West Indies vs England

England captain Alastair Cook had earlier won the toss and elected to bowl first. England have made one change to their squad with Moeen Ali coming into the side instead of James Tredwell. West Indies too have made a couple of changes in their side. Jerome Taylor is injured and it paves way for Sheldon Gabriel. Suliemann Benn has been dropped as Devendra Bishoo is preferred ahead of him. West Indies vs England 2015, Free Live Cricket Streaming Online on Ten Sports: 2nd Test at Grenada Day 1 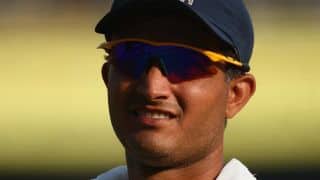