After a thrilling first Test at Antigua, West Indies will host England for the second Test at St. George’s Grenada. Jason Holder‘s inspirational maiden Test ton was the reason West Indies managed to save that Test and the hosts will want to compete better and put in a good performance. England, on the other hand, had everything clicking for them but could not finish the game. They need results for now and both him and Alastair Cook will be desperate for a win. Live Scorecard: England tour of West Indies 2015, 2nd Test at Grenada Day One

Catch the live telecast of the West Indies vs England 2nd Test match on Ten Cricket and Ten HD. The live streaming of the match is available on tensports.com. Live Updates: England tour of West Indies 2015, 2nd Test at Grenada Day One

Slowly but surely the concept of live streaming is capturing the imagination of the internet. Such fans that do not have access to televisions search the internet frenetically for websites on which they can watch their favourite teams in acti0n. Live Streaming is catching up a huge trend in the internet users in India and other parts of the world. England tour of West Indies 2015, 2nd Test: Preview 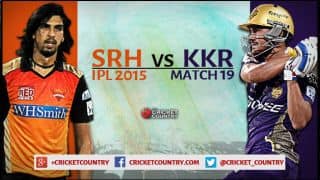