Marlon Samuels might call it quits to Test cricket due to low payment form WICB.

Marlon Samuels might be retiring from the longest format of the game following payment row from West Indies Cricket Board (WICB). Samuels is currently the most experienced player in the side with 65 Tests and 3,673 runs under his name, and has threatened that he may be forced to quit Test cricket following less pay. WICB and their players have been at loggerheads for a very long time, and the same issue had troubled them before the start of the ICC T20 Cricket World Cup 2016. Samuels might be opting to play in T20 leagues around the world to earn money. Though, Samuels has been an exceptional talent in the shorter formats of the game. He has won two T20 World Cup and was also adjudged as player of the match in ICC T20 World Cup 2016 final. ALSO READ: Marlon Samuels adjudged WICB cricketer of the year

Samuels told The Gleaner, “The way how things are right now, it is forcing me to give it (Test cricket) up. If you look at the system now, we have more young players playing when we should have more senior players and a couple of young players.”

Only Samuels and Darren Bravo can be considered experienced players in the current West Indies side. The home side had a humiliating defeat at Antigua losing the match by an innings and 92 runs against India.

Former West Indies’ wicketkeeper-batsman Jeff Dujon was quoted as saying by Cricbuzz, “He’s talking about it and he’s thinking about it. We kind of discussed it this (July 23) morning. I don’t think he’s fully made his mind up yet. But he’s starting to feel like he wants to. It doesn’t make any sense. I don’t think he’s fully decided yet. He could very well have a very good series and decide that he wants to play against Pakistan in Dubai.” 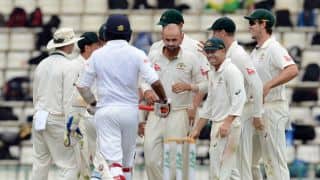 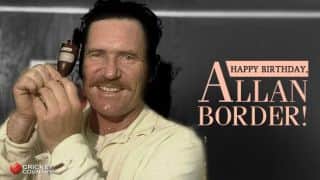