Following in the footsteps of Australia's F1 star Ricciardo, Wade and Stoinis introduced the infamous 'shoey' celebration to cricketing world after their triumph in the T20 World Cup final. 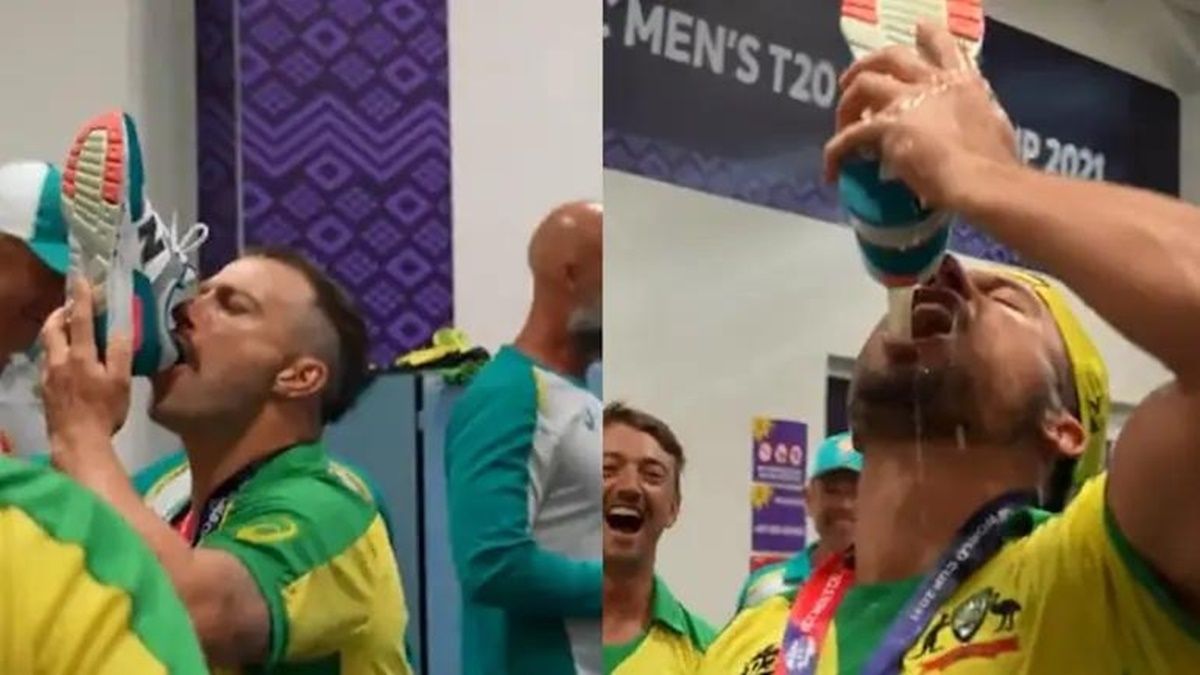 Dubai: The celebrations reached the next level in the Australian dressing room as their team lifted their maiden T20 World Cup crown beating New Zealand on Sunday in Dubai. The heroes of Australia’s semifinal victory over Pakistan – wicketkeeper-batsman Matthew Wade and all-rounder Marcus Stoinis replicated Formula One star Daniel Ricciardo’s famous ‘shoey’ celebration – drinking the celebratory champagne from his shoe – to the cricketing world.

Just like their performance on the field, the Australian players’ celebration in the dressing room was a sight to behold. In a video tweeted by the International Cricket Council (ICC), Wade is seen removing his right shoe, pouring a drink in it, and then chugging it down with his Australian teammates and members of the support staff cheering him on. Stoinis then joined his teammate by pouring his drink in the same shoe and gulping it down.

The ‘shoey’ celebration has been made famous by Daniel Ricciardo who drank the celebratory champagne from his shoe in 2016 at the German Grand Prix. From there, it has now become a sort of tradition for the current McLaren driver and even the great Lewis Hamilton has given it a shot.

Australia thrashed their trans-Tasman rivals New Zealand in the final by eight wickets to win their first Men’s T20 World Cup title on Sunday in Dubai and players were seen in full celebration mode after the historic win.

Australia had every major limited-overs trophy in their decorated cabinet (five 50-over World Cups and 2 ICC Champions Trophy crowns) but they had to wait long for glory in the shortest format of the game.

They ended their 14-year-long wait for a maiden T20 World Cup trophy as David Warner, Mitchell Marsh and Josh Hazlewood emerged as heroes on the big night in Dubai.

With it taking so many years to eventually win the T20 World Cup, the ‘shoey’ seemed the perfect celebration to the Australian duo. 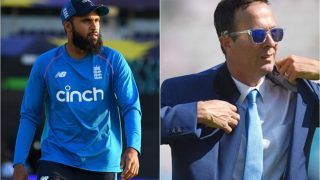