In July 2014, England‘s much vaunted wicketkeeper announced that he is taking a break from cricket.

“Today is a very sad day for me as I am forced to announce my retirement from the game I love. I had been hoping and expecting to be fit for the start of the 2015 season. Unfortunately, this has proved impossible, and I have now had to reach this decision.

“I feel honoured to have played for Sussex and England as many times as I have and shared so many great times with both teams. I also feel privileged to have been involved in an era of such success for English cricket.

“I would like to thank my family, team-mates, coaches and the people behind the scenes that have supported me throughout the years. I have created friendships that will last forever. It would also be remiss of me not to thank the fantastic support I have had from cricket fans both at home and abroad.

Sad 2 see @MattPrior13 finish. What a career. One of @SussexCCC best ever. It was a pleasure to have played 4 Sussex & Eng with u. #GOSBTS

Congrats @MattPrior13 on a brilliant Eng career. Sad he’s had to retire due to injury but should be proud of his achievements #keepersunion

The South African-born Prior hoped that he would make a speedy comeback to cricket. The 31 year-old’s performances have come under intense scrutiny in recent months after persistent poor shows with the bat and behind the stumps. Prior’s made his decision just a few hours after England crashed to yet another Test defeat, this time to India by 95 runs at Lord’s. 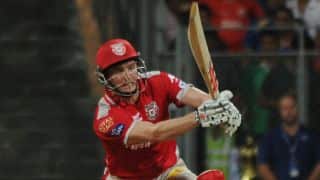