Wade had kept wickets for Tasmania in Shield games against Western Australia and Queensland but since then has played as a batsman.

Brisbane: Former Australia captain George Bailey feels in-form Matthew Wade must be in the mix when Australia select their playing XI for the opening Test of the four-match series against India beginning at Adelaide on December 6. (ALSO READ: Australia s Test squad: The batting contenders for a Baggy Green)

The 30-year-old Wade, who played his last Test against Bangladesh at Chittagong last September, has scored 412 runs at an average of 82.4 to lie at the third place in the list of Sheffield Shield run-scorers.

Wade had kept wickets for Tasmania in Shield games against Western Australia and Queensland but since then has played as a batsman.

The wicket-keeper batsman has hit five fifties with his top-score being a 137 in Tasmania’s loss to Victoria that earned him a man-of-the-match honour.

Given his run of form, Bailey believes he should be in the mix when selection chairman Trevor Hohns zeros in on Australia’s team for the four-Test series opener that starts on December 6.

“I can’t speak highly enough of the way he’s going about his cricket, Bailey was quoted as saying in the Sydney Morning Herald.

“If you’re looking at those numbers he’d very much have to be in the mix for a Test. He’s a good fielder, just pick your six best batters, simple. He’s in complete control of his game.”

Bailey also pointed out how Wade has scored some valuable runs with the tail-enders and adapted to a different kind of pitches across the country.

“That’s been the most pleasing thing this year. I don’t think we’ve given him great situations on a number of occasions,” Bailey said.

“His ability to go through the gears, to start his innings, accelerate when he needs to.” 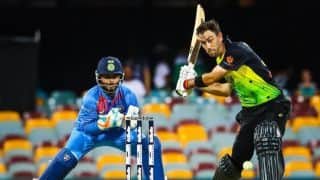 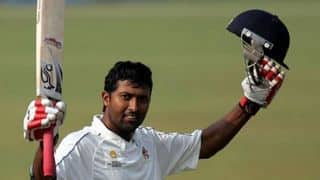