MCA has no alternative but to implement in totality the Supreme Court order, based on the Justice Lodha Committee recommendations.

Mumbai: The Sharad Pawar-headed Mumbai Cricket Association (MCA) has no alternative but to implement in totality the Supreme Court order, based on the Justice Lodha Committee recommendations on sweeping reforms in cricket governance, feels its former Managing Committee member Ravi Mandrekar. “It’s a Supreme Court order. It’s my personal opinion that at the Special General Meeting (convened by MCA on November 7), I don’t think there is any other choice except to decide to implement it in totality,” said Mandrekar who, represents a club affiliated to MCA and would attend the SGM. The SGM has been convened with the single point agenda – to consider amending the MCA’s memorandum of rules and regulations following the apex court’s July 18 order based on the Lodha panel recommendations. FULL CRICKET SCORECARD: India vs New Zealand, 5th ODI at Visakhapatnam

“Firstly, its a Supreme Court order and secondly the Lodha panel has stopped funds from BCCI coming to us. If we don’t accept it, new administrators will be appointed. Where is the choice, although its my personal opinion,” he said. MCA would be among the associations which will be hard-hit once the order is implemented under the clause of one state-one vote, 70-year age cap on administrators and government servants being barred from coming into cricket administration. MCA to BCCI: Have measures in place to jell well with Lodha reforms

MCA President Pawar, already 75, will become ineligible to continue in his post while Vice-President Ashish Shelar, who is an MLA, would also become ineligible, once the SC order is implemented. Also the clause on compulsory cooling off period for administrators after a three-year term as well as total bar on those from contesting elections after completing nine years overall as administrator in an association, will affect someone like former India captain Dilip Vengsarkar, who is currently one of the two MCA Vice-Presidents.

Interestingly, the MCA Managing Committee, that met under Pawar’s chairmanship in July, had decided to implement the order in toto after seeking clarification from BCCI on its jurisdiction over players as two other units from the State – Nagpur-based Vidarbha Cricket Association and Pune-based Maharashtra CA – are also affiliated to BCCI separately along with MCA. 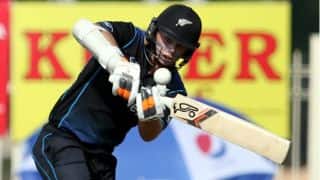