Finch has scored a ton in this game at Lord's

Though Paul Collingwood rocked the Marylebone Cricket Club, they are well on course in their pursuit of 294 in the bicentenary match at Lord’s. Brian Lara, Sachin Tendulkar and Rahul Dravid are back in the hut but it is Finch who has dazzled and has kept them in the game. With him in the middle is Shivnarine Chanderpaul.

After scoring 44, Tendulkar was bowled by Muttiah Muralitharan. Later, Brian Lara played a good little innings of 23. And then Collingwood struck in the 30th over when he had him caught behind. Later, Dravid was bowled first ball as he inside edged one. In 37 overs, MCC are 212 for three. Chanderpaul has started to get into his groove. 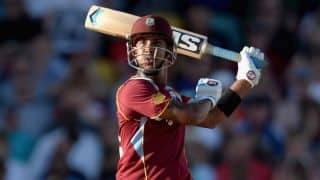 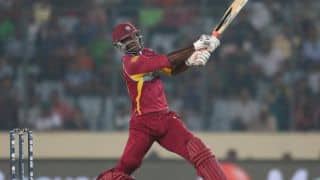