Sharing the same passion for the game and the same surnames, there are five sets of brothers looking to claim a slice of cricketing history at the World Cup. 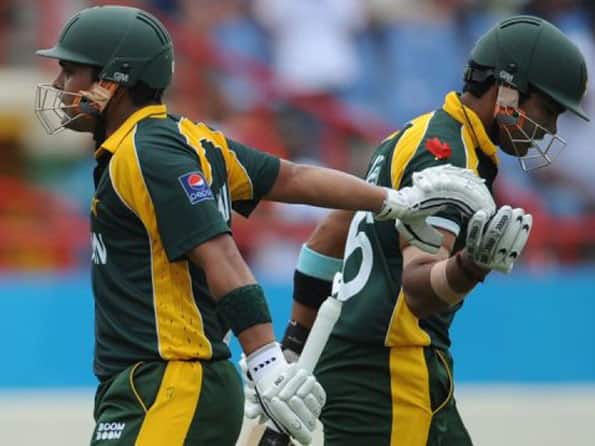 Sharing the same passion for the game and the same surnames, there are five sets of brothers looking to claim a slice of cricketing history at the World Cup.

Sharing the same passion for the game and the same surnames, there are five sets of brothers looking to claim a slice of cricketing history at the World Cup. Australia’s twins Steve and Mark Waugh were part of Australia’s 1999 World Cup winning squad, a feat many brothers here must be wishing to emulate.

This edition of the showpiece event will see Nathan and Brendon McCullum turn out for New Zealand; Kamran and Umar Akmal for Pakistan and Niall and Kevin O’Brien for Ireland. Kenya boasts of two sets of brothers in David and Collins Obuya and Shem and James Ngoche. West Indies will have half-brothers Dwayne and Darren Bravo perking each other up.

Darren paid tribute to Dwayne, who is older by five years and vastly more experienced. “He has played in all different formats of the game, in all different parts of the world and he always gives me encouragement,” 22-year-old Darren told Cricinfo.

“He works out a game plan quite nicely and he tends to make it a bit easy for me and I really appreciate that. Dwayne is always willing to giving me 100 percent support and I can’t ask for anything but that.”

If injury and selection decisions had not got in the way, there would have been two more sets of brothers at the tournament.

India’s explosive batsman Yusuf Pathan won’t have the younger Irfan for company while Australian David Hussey will be without the more experienced older brother Mike. Irfan made his debut before Yusuf but was dropped from the team in 2009 for poor form and fitness.

Mike Hussey failed to recover from a hamstring injury in time for the World Cup.

A peek into the history of the game shows Australia have a kanck of producing a number of cricketing brothers.

Dave Gregory, who captained the side, and his brother Ned both played in that match, although neither enjoyed a long career. Instead, that distinction went to David’s son, Sydney Gregory, who went on to play 58 Tests.

Greg and Ian Chappell played for the great Australian team of the 1970s and ended their careers with impressive statistics.

A third brother, Trevor, also represented Australia, although he only played a small number of matches and is remembered mostly for his notorious ‘under-arm’ delivery against New Zealand in a one-dayer in 1981.

Trevor, as he admitted later, was only following the instruction of his elder brother Greg who was captain. More recently, Steve and Mark Waugh played for Australia in long and distinguished careers. Steve was a fighting cricketer and one of the most valuable middle-order batsmen ever.

Mark, the more stylish of the two but less prolific, was once at the receiving end of a verbal barb thrown at him by England fast bowler James Ormond.

“There s no way you’re good enough to play for England,” Mark told Ormond who retorted: “Maybe not, but at least I m the best cricketer in my family.”

Ireland have brothers who play for different teams. Dominick and Ed Joyce made their debuts for Ireland and England respectively. Ed Joyce has since returned to the Irish fold and will pad up against England in Bangalore on March 2.

Pakistan’s brotherly tale is no less fascinating. Brothers Hanif, Mushtaq and Sadiq Mohammad all played against New Zealand at Karachi in 1969-70. Another brother Raees was once the 12th man for Pakistan.

Bravo shrugs off comparision with Lara