With the retirement of Alex Blackwell, Rachel Haynes has been named Meg s deputy.

Meg Lanning will be back to the Australian side for the India tour in March. She will also lead the team in both ODIs and T20Is. Following the retirement of Alex Blackwell, Rachel Haynes has been named Meg s deputy. Lanning has been out of action since the Women s World Cup. She underwent shoulder surgery and was advised rest for five months.

Australia have also included debutants Sophie Molineux and Nicola Carey in the ODI and T20I squads. Belinda Vakarewa, who has played a solitary ODI, has been named in the ODI squad as well. However, Australia will be without the services of all-rounder Tahlia McGrath, ruled out due to back strain. Tahlia s tests and scans showed a recurrence of bone oedema in her lumbar spine.

Australia national selector Shawn Flegler welcomed Meg back in the camp: Meg’s rehab has been progressing well, she’s back to her old self with the bat and with a few weeks until the first match, we’re confident she’ll be right to play when the time comes. Meg will resume the captaincy and we’re extremely fortunate to have Rach as her deputy after doing a fantastic job as stand-in skipper during the Women’s Ashes. She’ll be a great sounding board for Meg and will continue to drive the standards of the team, Flegler told cricket.com.au.

On Tahlia s injury: It’s unfortunate for Tahlia that she was unavailable for selection, she showed great skills and character during the Ashes and in domestic cricket so the focus for her now will be to get her body right with a view to the World T20.

Meg raring to return: It has been a long seven months … but I have put in a lot of hard work. I have got no doubt that it will be ready for international cricket. I have been batting for a long time now in the nets, I guess it’s just making that transition into matches. Fielding probably won’t be quite 100 percent but I feel like it will be at a level that is good enough to play and I will be able to contribute for the team, so there won’t be any issues there.

Looking forward to share responsibilities with new deputy Rachel: Alex has been a great of Australian cricket and definitely will be missed. Definitely big shoes to fill and Rachael Haynes stepping in as vice-captain, I’m really looking forward to working with her. She did a great job during the Ashes to lead the team so I think we will work really well together.

Sophie living her dream: I still have to pinch myself. It’s a dream come true. I’m so lucky to play cricket professionally and live my dream. I’m going to have to do my research. I’m going to try and be a sponge and soak it up. It’s going to be an invaluable experience.

India and Australia will lock horns for the first ODI at Vadodara International Cricket Stadium on March 12. 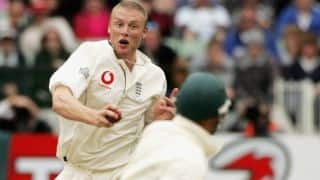 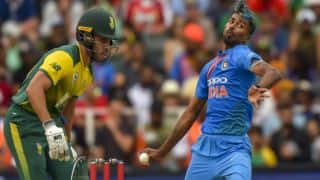