Melbourne Stars take on Sydney Thunder in the final of the 2015-16 Big Bash League (BBL) at Melbourne.

Hosts Melbourne Stars take on visitors Sydney Thunder in the final of the 2015-16 Big Bash League (BBL) at the Melbourne Cricket Ground (MCG) on Sunday. Both the teams are playing their maiden BBL final and would be aiming to lift their maiden BBL trophy forst the first time in five years. Stars, who have played exceptionally well in the tournament so far, as they defeated Perth Scorchers in the semi-final on Friday by seven wickets, while the Thunders too have had a good torunament and they beat the Adelaide Strikers on Thursday by eight wickets. Thus, both the teams are set for an immense battle to fight it out for the ultimate Australian T20 crown.

Considering the performance in the tournament so far, the Stars were off to a poor start in the tournament, losing three matches in the opening four games. However, they played good enough to make a turnaround and were on a winning spree, as they won four games on the trot, thus allowing themselves to be comfortably seated second in the league table.

Thunder, on the other hand, had a 50-50 record as they played eight games and managed to win four games, while they lost four games as well, and managed to finish just on the fourth spot, good enough to qualify for the semi-finals, where they beat the Strikers to earn a final spot. They finished the group stage with eight points.

Considering their performance in the previous games, the Thunders ahd a decent outing with the bal, especially in the form of Clint McKay, who claimed three for 44, while Shane Watson claimed a couple for 28. With the bat, it was Usman Khawaja, who struck a blistering 108 off 59 deliveries including 13 boundaries and three sixes, along with a strike-rate of 176.27, while Henry Nicholls’ unbeaten 35 did it all for the Thunders.

Stars too had a decent outing in their last game against the Scorchers, as with the ball, it’s Daniel Worrall, who claims three for 25, while most of the other bowlers too contributed in the game. With the bat, it was Marcus Stoinis and Kevin Pietersen, who played a healthy knock of 44 and 62, respectively, that helped them secure the final berth.

Therefore, going by the semi-final performance, and with the game being played at the MCG, it’s most likely to remain a balanced side for both the teams. Thus, there would hardly be any changes in the squad composition of both the teams. However, the Thunders could make a minor change since the change of venue could play a crucial factor. Overall, and interesting final is on the cards as both the star-studded sides take on each other and it promises to be a fest for the MCG crowd. 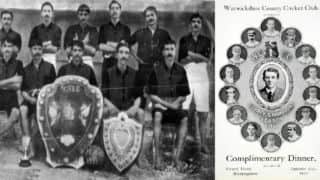