Michael Carberry scored 100 off 121 balls at the Rose Bowl on Sunday, prompting a standing ovation from the small crowd.

Michael Carberry returned First-Class cricket after he successfully overcame cancer by scoring a century century for county side Hampshire against Cardiff MCCU in Southampton. Carberry, who was diagnosed with a cancerous tumour in July 2016, scored 100 off 121 balls at the Rose Bowl on Sunday and received a standing ovation from the crowd according to the British media. Carberry missed the latter half of the County season as he had to undergo treatment, but was back to training before Christmas and was part of the Hampshire squad, who went for a pre-season tour of Barbados last month.

Carberry released a statement thanking everyone for their support “There is still a long way to go to being ‘recovered’ fully, but the out pour of support from the cricket family has helped massively in getting me back playing, and I’m looking forward to another great summer with Hampshire,” he said, according to Reuters. Carberry played six tests for England, his last during the ill-fated 2013/14 Ashes in Australia, has proved resilient in the face of a number of health scares.

In 2010, he was diagnosed with blood clots on his lungs and forced to withdraw from the game to undergo treatment before returning to cricket the following year. Carberry has represented England in six Tests, five of which came during the 2013-14 Ashes series in Australia. He has also featured in six One-Day Internationals (ODIs) and one Twenty20 International (T20I). His last international appearance was in the ODI series against Sri Lanka at home in May 2014. 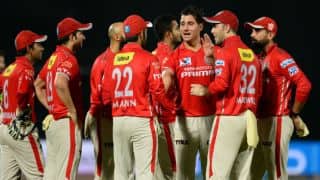 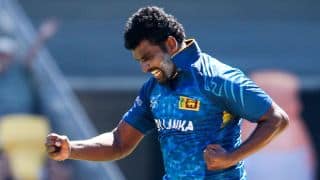