Former Aussie Captain has his word of say about the Sandpaper Gate scandal which eventually rocked the entire cricket fraternity.

Former Australian captain, Michael Clarke says nobody will be surprised if it comes to light that more than three people knew about the ball tampering plot of 2018.

The scandal led to year long bans being slapped on then captain Steve Smith and David Warner, with Cameron Bancroft facing a nine-month suspension. It once again caught the headlines, when Cameron Bancroft shed light that Australian bowlers at that time, might have had some knowledge about the incident.

Speaking on Sky Sports’ Big Sports Breakfast, Clarke said: “They’ve got to hold the ball to bowl with it. I can tell you now if you went and grabbed a pen, just a pen and put a little ‘1’ somewhere on my cricket bat; on top of the handle, on the edge of the bat, on the toe of the bat, on the face, under the grip, anywhere, just a little number one, I would have noticed. If you are playing sport at the highest level you know your tools that good it’s not funny. Can you imagine that ball being thrown back to the bowler and the bowler not knowing about it? Please,” he added.

“What’s the surprise? That more than three people knew? I don’t think anybody who has played the game of cricket or knows a little bit about cricket would know that in a team like that, at the highest level, when the ball is such an important part of the game. I don’t think anybody is surprised that more than three people knew about it,” Clarke said.

Bancroft, who is currently playing county cricket in Durham, said it was ‘probably self-explanatory’ whether the bowlers were aware that the ball was being tampered with.

“Yeah, look, all I wanted to do was to be responsible and accountable for my own actions and part. Yeah, obviously what I did benefits bowlers, and the awareness around that, probably, is self-explanatory,” Bancroft told The Guardian interviewer Donald McRae. I guess one thing I learnt through the journey and being responsible is that’s where the buck stops [with Bancroft himself]. Had I had better awareness I would have made a much better decision,” he added. 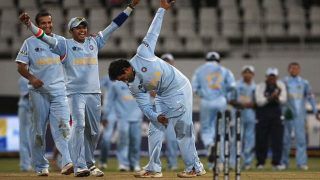 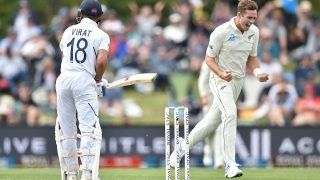