This is the first time since August 2009 that the mace is in the possession of Australia.

Australia captain Michael Clarke got his hands on the  ICC Test mace, a symbol of his side’s status as the No 1-ranked Test side in the world. Clarke, who inspired his side to victories over England and South Africa in the past season, received the mace in Brisbane on Wednesday at a training camp for the upcoming season.

This is the first time since August 2009 that the mace is in the possession of Australia. After receiving the mace, a delighted Clarke said: “Having the mace back on Australian soil is something that brings us a great amount of pride.”

“It is a great achievement by everyone involved with the team — our support staff, our families, the staff at Cricket Australia and our fans who have supported us through a couple of really tough years. For me personally, as captain, this is an incredibly satisfying achievement and one of the proudest moments of my career.”

“Test cricket truly is a ‘test’. It requires stamina, skill, patience, fitness and the ability to adapt to different conditions and opponents. It is still the purest form of cricket and I don’t think there would be a young cricketer in this country that wouldn’t want to represent Australia and wear the Baggy Green in a Test match,” said Clarke.

Australia achieved the number-one position after the annual update of the  Test Team Rankings Table on May 1st. Australia is now on 123 ratings points, level with South Africa, however, when ratings are calculated beyond the decimal point, Michael Clarke’s side is ranked ahead of South Africa by a fraction of a point.

South Africa is scheduled to play two Test matches against Sri Lanka in Sri Lanka in July. Should it win both Tests, then it will reclaim the top spot.

But Clarke was focused on Australia’s forthcoming series, when he said: “As I have mentioned before, our goal is to continue our form in the Test arena and prove we are capable of staying at the top. Our upcoming series against Pakistan (October-November) and India (November-January) will be big tests for our group.”

Australia was the first team to be ranked number-one in Test cricket when the ICC introduced the current rankings system in 2003. Since the system was introduced, Australia has been ranked as the number-one Test side for 74 months, more than any other side. South Africa is a distant second, having spent 23 months at the top.

ICC Chief Executive David Richardson said: “The prestigious mace recognises excellence and sustained consistency in the traditional and most demanding format of the sport.

“The competition at the top of the rankings between Australia and South Africa is incredibly exciting and great for cricket.

“In fact, fans can look forward to a season of high quality competitive Test cricket with all ten Full Members involved in series in the forthcoming months. Competition amongst the top teams has never been keener.” 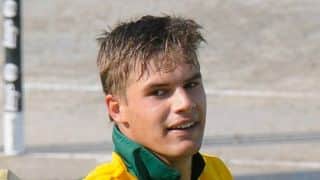 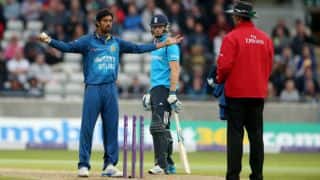 Sachithra Senanayake ‘Mankads’ Jos Buttler: Why doesn’t the spirit of cricket accept it?