Mike Hesson is reportedly interested in applying for the post of India head coach, the deadline for which is July 30.

Mike Hesson is reportedly interested in applying for the post of India head coach, the deadline for which is July 30.

READ: Really respect what India has achieved in the past five years – Rhodes

Hesson is currently involved with the Indian Premier League franchise Kings XI Punjab in the capacity of their head coach. Before that, he had a highly successful stint as the national coach of the New Zealand team whom he guided to a maiden ODI World Cup final in 2015.

He resigned in 2018 before taking over as the KXIP head coach.

“Hesson is very much interested in applying for the head coach’s position,” CricketNext quoted a source as saying. “He has spent a couple of months in India already working with Kings XI in IPL as well as doing television work with the hosts broadcasters. He’ll love to work with a high-profile team like India after a highly successful stint with New Zealand.”

However, Hesson will have to furnish an affidavit regarding conflict of interest issue due to his involvement with KXIP and possibly give up the position.

“Hesson and his agent need to be convinced about the conditions of the job as laid down by the BCCI. But chances are that they will be sending their application in soon,” the report added.

The current Indian support staff has been given a 45-day extension after their contracts came to an end during the ICC Cricket World Cup 2019 in England and Wales. 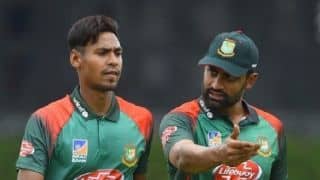 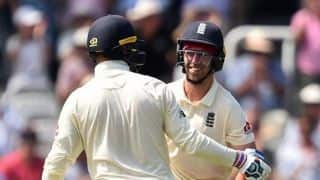