The incident took place in the Cricket Academy in Adelaide, which was run by former players like Greg Chappell, Rod Marsh, Dennis Lillee and John Inverarity.

Former Australia fast bowler Mitchell Johnson in his autobiography Resilient reveals that his friendship with all-rounder Shane Watson did not get off to the best of starts. He recalls a time when Watson stuck his head down the toilet, in the Cricket Academy in Adelaide earlier in 2000. The Cricket Academy was back then run by former players like Greg Chappell, Rod Marsh, Dennis Lillee and John Inverarity. Johnson mentioned that the players will sit together to watch an Australian soap called Neighbors . But during the commercial breaks, the players would wrestle and one time things went a bit out of hand.

“Every night we’d pile into the common room and watch Neighbours before dinner,” Johnson wrote in his autobiography. “I was always a bit willing as every time there was an ad break there would be an all-in wrestle on the floor until the show started again. “In one wrestle I was dragged through the door and into the bathroom by a heap of guys and somebody pushed my head into the toilet. I wasn’t impressed and the red mist descended. Somehow I managed to break free and I grabbed whoever it was by the front of the shirt as I got up and someone grabbed mine, Johnson wrote in his autobiography, according to espncricinfo.com.

“I raised my right fist and he did the same. Then we looked at each other. It was Watto. I think we both looked at each other and thought: nah, I’m not going to hit him, he’s my mate, and put our fists down at the same time. I can’t say I wasn’t angry. It took me a few days to get over it.” READ: Shane Watson hits back at Michael Clarke on being labelled tumour in Australian team

Johnson and Watson however became close mates as their careers progressed, so much so that Australia coach Mickey Arthur had suspended both Watson and Johnson during the 2013 tour of India. “Mickey told me I spent too much time with Watto and that was the real issue here. I was told we were too close, like we were a faction or something. I am sorry but you can’t help but be close to a bloke you have been playing cricket with since you were 19.” 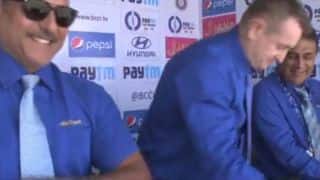 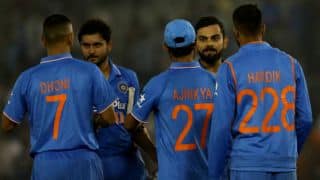