Johnson thought his career was finished circa Ashes 2009.

The Australian fast bowler, Mitchell Johnson was forced to gaze into a chasm. Ever since then he scripted his fight back by pulling up his sleeves when he almost lost his place in the Queensland team and his state contract in 2003, as he was continuously  troubled by back problems.

It was due to his toe injury that troubled throughout the South Africa tour in 2011, he had to stay away from the game of cricket for a year. Later he was unsure if he still had the ability in him to return to the game. It took him only two months to return to the game of cricket as he still had the hunger in him. He believed that his best playing days were ahead of what he had been through and he did not want to regret after retirement.

During The Ashes 2009, he was subjected to criticism and was constantly booed by the English supporters. This also led Ricky Ponting to state in his autobiography, “I never questioned his work ethic and commitment, but for someone so talented, such a natural cricketer and so gifted an athlete, I found his lack of self-belief astonishing.” To this Johnson replied, “At that point of the (2009) Ashes in England it was pretty bad, my confidence had gone, I had stuff going on personally that I didn’t know how to handle, and so I just didn’t handle it through the whole series, a CA report said.

To make it worse, I was thinking about my bowling technique when I was out there playing because the ball was going all over the place. I was trying to self-correct, which you just can’t do during the course of a Test match.” He further added, “I couldn’t work out why I was going up and down all the time. Up until then, everything had been going well, and because I didn’t know why it was going well I sort of relaxed a little bit and thought it would keep happening. I made a big mistake there. But that’s the game and I’ve learned that now.”

Before he made his comeback, he was nervous and he did not know whether things will be as good as when he started playing but his urge to return to the game and his will power helped him to win the International Cricket Council (ICC) Player of the Year 2009. Much later, he defeated England almost single-handedly in 2013-2014. 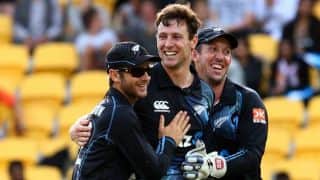