India Women will be playing One-Day International (ODI) series against West Indies in November and skipper Mithali Raj is concerned about enhanced support staff for forthcoming fixtures on Wednesday. Mithali is currently training at ACA Indoor Academy, Mangalgiri, under the watchful eyes of National Cricket Academy (NCA) Level-3 coach Ch. Krishna Rao. Mithali felt India are doing well in the batting and bowling departments. It is the fielding what she is stressing upon and has raised the requirement of fielding coach. The match against West Indies will prove to be stepping stone to move towards World Cup in England. India can work on the grey areas. ALSO READ: The day Mithali Raj registered the highest ever Test score

Speaking to The Hindu, Mithali said, We need a fielding coach. That is one area where we need to concentrate for better results. We have a four-member support staff with the head coach, trainer, physiotherapist and a manager. A fielding coach will lessen the burden on the head coach.

She further added, The World Cup in England is less than a year and our preparations should start now. Though the conditions in England are different to India, there is nothing like getting more matches to play before World Cup. If we get to play against the best of sides, we will give us more inputs as to where the team has to work for improvement. ALSO READ: Mithali Raj: Want to lift World Cup Trophy before retirement 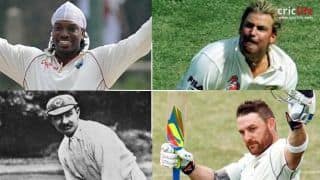