Post India s heartbreaking 9-run defeat, some people have criticised Mithali for the way she did not make enough effort to reach the crease.

Mithali Raj led India to the final of ICC Women s World Cup 2017. Unfortunately, they tumbled at the last block, losing by a mere 9 runs and finishing runners-up. A lot had depended on Mithali s batting during the chase. Unfortunately, she got run out in a bizarre fashion, not stretching herself and falling short of the crease. Mithali scored only 17. Post India s heartbreaking 9-run defeat, some people have criticised Mithali for the way she did not make enough effort to reach the crease. Mithali finally revealed the truth behind the incident, saying the spike of her shoe had stuck to the pitch at the time. READ: Mithali Raj, Jhulan Goswami donate their signed match jerseys to Lord’s museum

Mithali told The Times of India: I saw some weird stuff written about my run out on social media. Actually, what happened was my spike got stuck on the pitch. Punam called me for a run and I responded. Before I reached the half way, this thing happened and I don’t think the TV cameras captured it. I couldn’t push myself hard and couldn’t even make an effort to dive. I was helpless. I was gutted.

When asked about why India collapsed from a steady state, she said, If I knew the answer to that I would probably be speaking to you in a much better frame of mind. After the loss of two early wickets, we were cruising with two partnerships that Punam [Raut] built with Harman [Harmanpreet Kaur] and Veda [Krishnamurthy]. But then we lost our way. I had my hopes till Shikha [Pandey] got run out. I think it was the inexperience of playing on such a big stage on such a big occasion. Cricket experts always talk about keeping things simple. But what I have figured out in my long career is that the hardest thing to do in a crisis is to keep things simple. We made mistakes but I won’t blame anyone. 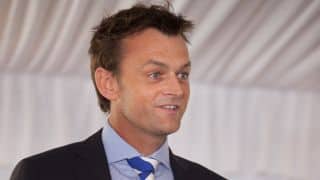 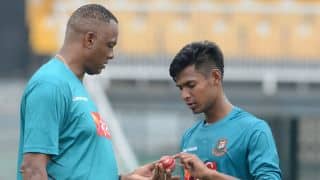