Hafeez contested the findings of the assessment which held that his elbow extension for his off-break exceeded the 15-degree tolerance limit for bowling actions. Pakistan all-rounder Mohammed Hafeez was on Tuesday suspended from bowling in English cricket’s domestic competitions after his action was again found illegal following an independent assessment. According to a report in ESPN Cricinfo, off-spinner Hafeez’s action was found to be illegal during a Vitality Blast (T20) match between his county Middlesex against Somerset on August 30. The on-field umpires reported his action.

Hafeez has been called a number of times for illegal action, contested the findings of the assessment which held that his elbow extension for his off-break exceeded the 15-degree tolerance limit for bowling actions.

A bowling review group, which heard his appeal at Lord’s on Tuesday, suspended him from bowling in ECB competitions and advised him to correct his action, according to the report.

Hafeez may request a re-assessment after correcting his action. He played four matches for Middlesex, scoring 115 runs at a strike rate of 112.74, and taking two wickets while conceding 8.64 runs per over after being signed on as a mid-season replacement for AB de Villiers.

“I have received the ECB Bowling Review Group report on my bowling action,” Hafeez said in a statement.

“Despite identifying procedural testing flaws, which have been accepted by the review committee, as well as realising the findings will potentially affect my reputation as a world-proven all-rounder, I accept the Bowling Review Group findings.

“As per ECB regulations, I am ready to appear for independent analysis at an ICC-accredited centre, so that I become eligible to play in ECB-organised events.”

Hafeez was first reported way back in 2005 and since then a multiple numbers of times.

Hafeez was recently cleared to bowl in international cricket in May 2018.

However senior New Zealand batsman Ross Taylor had questioned the legality of his action during an ODI in Abu Dhabi in November 2018. 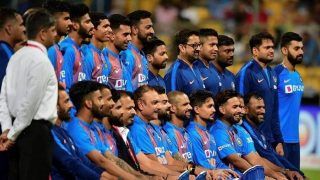 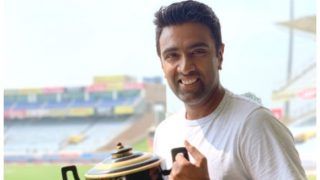