Hafeez will be flying to Dubai on the first available flight .

Mohammad Hafeez, the Pakistan allrounder, has been added to the 17-member squad for the two-Test series against Australia and will be flying to Dubai on the first available flight , as confirmed by a PCB spokesperson. The 37-year-old was omitted from Pakistan s scheme of things for the Asia Cup, following which he spent time playing domestic cricket

The first Test between the two sides starts October 7 and Hafeez s addition promises to bolster their batting. However, just how much of an effect he will have being away from Tests for over two years, remains to be seen. Hafeez last played a Test for Pakistan in August 2016 against England at Birmingham and was since sidelined from the longer format until now.

“The national selection committee and team management have decided to include Hafeez for two-match Test series against Australia,” a PCB spokesperson said.

In 50 Tests, Hafeez averages 39.22 with nine centuries and 12 half-centuries. However, in the Emirates, his average reads much better: 52.75. While being away from the national team, Hafeez has performed reasonably well in the Quaid-e-Azam Trophy for his side Sui Northern Gas Limited, including two List-A half-centuries and a double century in a First-Class fixture. He also picked up 6/62 against Federally Administered Tribal Areas (FATA). 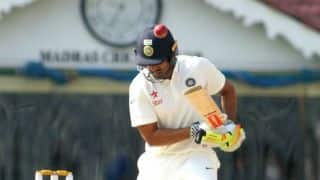