Another crisis is brewing in the Pakistan Cricket Board (PCB) after former Test batsman, Mohammad Illyas was on Tuesday restored as chief selector by the Islamabad High Court.

Uncertainty prevailed in the board over the position of Moin Khan as chief selector after the verdict of the Islamabad High Court.

“The court has accepted my petition and restored me as chief selector. But I am willing to work with this board under Najam Sethi and also with this selection committee,” Illyas told reporters in a clear effort to mend fences with the PCB.

Illyas was given a contract by the former chairman of the board, Zaka Ashraf in January this year. But Ashraf than demoted him to the post of chief selector of junior teams after appointing Aamir Sohail as senior chief selector.

But in February, the government sacked Ashraf and appointed Sethi and a 12-member managing committee to manage cricket affairs and the first decision by the new set up was to remove Sohail and Illyas as selectors.

Illyas, however, claims the board’s decision was unjustified and illegal which is why he decided to go to court.

“I was given an appointment letter by the board for the post of chief selector and without giving me a chance to state my position the board managing committee removed me,” Illyas said.

The court has sought a reply from the PCB chairman Sethi in two weeks.

The IHC issued its order on a petition filed by Ilyas against his dismissal. 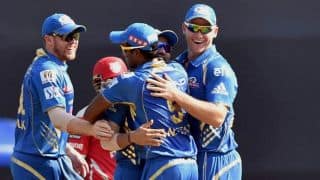