Jailed Mohammed Aamer s coach Asif Bajwa said he is heartbroken and disappointed with Pakistani leaders, who he says have failed to instill better values in young people. 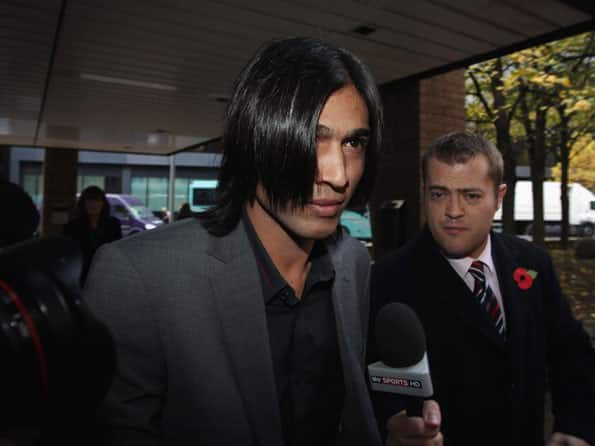 Jailed Mohammed Aamer s coach Asif Bajwa said he is heartbroken and disappointed with Pakistani leaders, who he says have failed to instill better values in young people.

Aamer, who now sits in a British Jail, is one of three Pakistani cricketers disgraced in a spot-fixing scandal.

“If laws are strictly followed, nobody will have the courage to do this,” Bajwa, who runs a prominent cricket academy, said in an interview to Reuters.

“What’s different about other countries? There are laws prevailing, strict laws.”

Bajwa reveals that when he first saw 11-year-old Aamer bowl, he knew the boy was headed for stardom.

But Bajwa never thought it would end-up this way.

Reflecting on their first meeting, Bajwa said the young boy from a poor village had never seen a proper cricket ball.

“He was very shy, totally focused on the game, not involved in any other activities, any mischievous behavior,” said Bajwa, who raised Aamer like a son. “He always used to tell me ‘Sir, I want to be a big player, a famous player.'”

Aamer has been compared with the likes of Imran Khan and fast bowler Wasim Akram but many feel his time away from the game will end his career.

But Bajwa is optimistic of Aamer comeback saying the long-haired teenager has a history of overcoming setbacks, such as serious injuries.

“Everyone is asking, ‘How can you say he can play after all these years?’ I say you don’t know me, you don’t know Aamer,” he said. “Everything is possible.”

But he worries that things would get worse if the government, and cricket authorities, do not change.

“All the things they didn’t control and check in the past, this is their legacy.

“If Pakistan had punished the earlier culprits of match fixing properly, this would not have happened.”